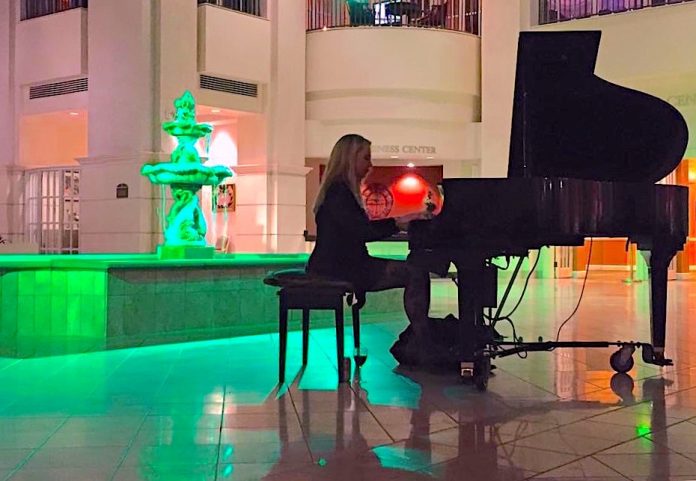 Carol Albert singer mas que nada | contemporaryfusionreviews – Carol Albert – MAS QUE NADA/MORE THAN ANYONE:  A wonderful world of high-end and vibrant videos awaits you, and for this old author, it’s full of absolutely brilliant and shining performances.  First-off, I want to thank the promoter who sent this one in to us… Carol’s spirit on this song is totally uplifting and refreshing… before I speak too many words, though, please check the video out first:

Isn’t that one of the best live performances you’ve seen lately?  The other thing that’s impressive is the high level of production values that were put into the video… attention to detail makes SO much difference… did you notice the little girl dancing at about the :35 second mark?  And the smiles on all those people’s faces? This is absolutely the kind of world we need our children to grow up in, and Carol’s music can help make that a firm reality… everyone having loads of fun, without weeping and wailing all day long.  I found myself so captivated that I watched the video ten times before I sat down to write the critique… on that note, there’s really little to complain about… the only thing I’ll say in that regard is that it would be nice to have it run, oh, maybe 20 minutes longer… ha! ha; I’m just kidding, of course!  Actually, they produced it at JUST THE RIGHT length, and made sure that everyone was clearly conveying the joy they obviously felt from playing together.  I give Carol and her folks a MOST HIGHLY RECOMMENDED… if you want to experience the pleasure that music is supposed to be – every time… WATCH THIS one!  & then, get the album it will be released on, “Fly Away Butterfly” (which I will be reviewing very soon)!