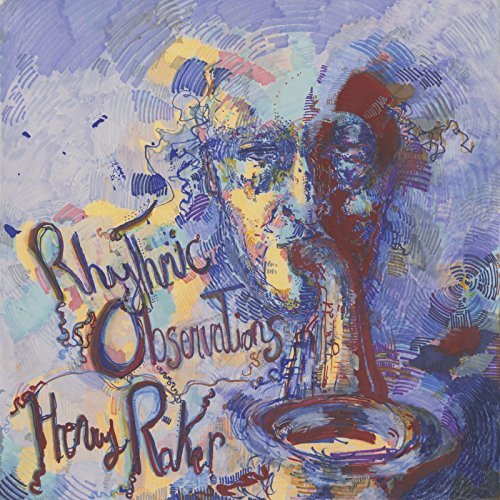 Splendid improvisational debut Henry Raker – RHYTHMIC OBSERVATIONS: Henry is quite fortunate to have high-talent heroes joining his own improvised saxophone work, in this case, Darius Jones… in addition to reeds, Henry also incorporates some excellent instrumentation… here’s the lineup… Henry Raker – Clarinet, Saxophones, Sounds, Compositions (all tracks); Darius Jones – Alto Saxophone (tracks 4, 6, and 8); Ben Raker – Guitar (track 12)… as I listen to the 5:16 “Dawn/Twilight“, my ears are totally captured… after listening through it twice, I can say (without qualification) that Henry is ready to join in with master players like my friend Davey Williams… this is dense and rich with sonic enchantments that take you (and your ears) to new dimensions!

I also found “Ocean” quite aurally attractive, especially the soundweave that Henry puts in, under, around and through his reeds… there is a great sense of “swirling”, as you might experience during a deep dive… it does require that you actually listen, because you’ll miss the subtle nuances if you don’t – so, for your first sitting, I strongly recommend that you do it with headphones on.

I’ve been in “New York City, 3:24 A.M.” more than once, so I don’t hesitate when I say that Henry fully employs his magic as he brings the sounds of that strange hour of the morning in the Apple… spooky, spooky!

Henry wrote “Song for Ben” for his brother, who also joins his on guitar for this great performance; they play very well together; a most enjoyable sonic interlude.

After listening through the album twice, it was easy to choose my personal favorite of the thirteen unique and exciting musical journeys Henry has created for you on his debut release… “Another Night” has Henry once again weaving sounds you’ve never imagined before as the backdrop for penetrating reeds that will simply amaze your ears… truly one of the most solid jazz pieces I’ve heard (yet) in 2018.

I give Henry and his musical compadres a MOST HIGHLY RECOMMENDED, with an “EQ” (energy quotient) rating of 4.99 for this excellent debut release.  Get more information on Henry’s website.              Rotcod Zzaj