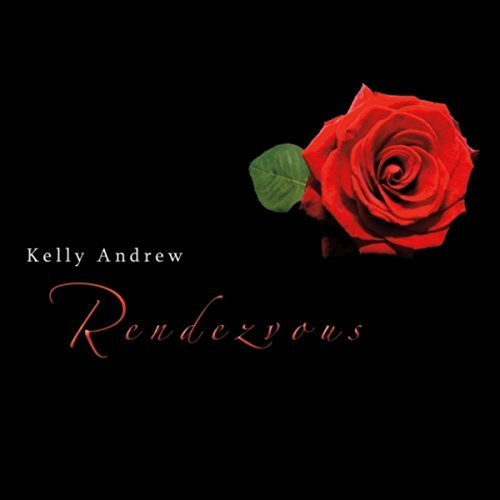 Kelly Andrew – Rendezvous:  I’m not exactly sure why, but this is my first listen to Kelly’s wonderful high-energy music.  This is another (total) gem recorded at Will Ackerman’s Imaginary Road Studios, and Kelly made sure he had just the right mix of players to support his contemporary compositions… players like Tony Levin (bass), Jill Haley (english Horn and oboe) and Eugene Friesen (cello) are all familiar here and have (of course) been reviewed on various albums by me… there are a whole host of players I haven’t reviewed as well, full of high talent and energy!

Kelly’s story is very interesting to me, as we seem to have shared interests in various aspects of computing (he’s currently a software engineer), and he had a very early interest in music – listening, composing (over 200 tunes, and probably many more by now) and playing – as did I.  He says he is looking forward to the day that he can tour extensively, perform his music and meet his fans, and I’m hoping his travels lead him up here to the Great Northwest when that happens – I’d love to meet him!

On to the music, since that’s what you’re here for… the guitar work on the 4:19 opener, “Chasing Twilight“, is an absolutely lovely mesh for his piano, keyboards and synthesizers… this tune is the epitome of balance between angst and beauty… I’ve been playing it over & over again on my playlist – it really puts me “in the mood”, so to speak.

One thing you’ll notice right away is that the tunes are quite short, with the longest being the 5:13 “Painted Butterfly“, where you’ll hear (right away) that he’s very adept at creating music that will evoke a certain set of emotions without being overbearing about it.  I’m hoping that his next release will have a few tunes that are ever-so-slightly longer, too.  If you take a glance at Kelly’s Credits page, you will realize that he’s composed and produced several other albums, done TV music and won many awards for his excellent music, too.

It was the billowy and floating atmosphere he created on “Awake In A Dream” that got my vote for personal favorite of the ten offered up… Kelly’s skill at weaving together sonics that enchant and bury themselves deeply into your soul is very clearly demonstrated on this song!  What distinguishes him from all the other composers is his sense of pacing on all ten pieces… nothing is “too rushed”, or “played too hard”, and you’ll find yourself wanting to hear him again – I can tell you now that if he continues as strongly as he did on this fine album, you’ll be hearing much more from him in the coming months and years!

Kelly and his musical cohorts get a MOST HIGHLY RECOMMENDED from me, with an “EQ” (energy quotient) rating of 4.99 for this most contemporary and enjoyable creative music.  Get more information on Kelly’s page for this October 2016 release.    Rotcod Zzaj