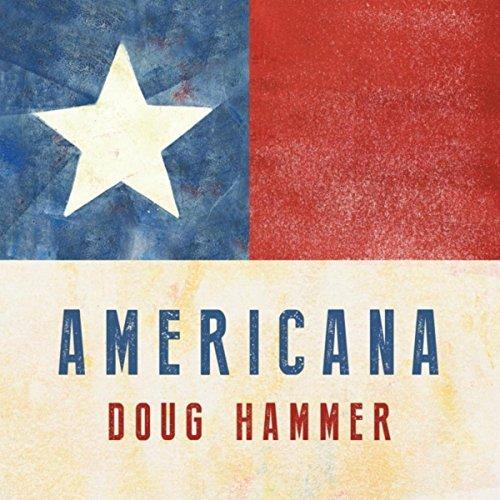 Doug Hammer – Americana:  Those readers who have been with us for a long time know that I’m not usually inclined to review a lot of “tribute” albums, especially those of a “patriotic” nature… but, after listening to the initial digital copy that Doug sent me of this, it was impossible not to write strongly about the music he has created… and how timely… only a few days after the most contentious election I can remember in our country’s history, hearing music as inspiring as this truly reminds me of why I spent (nearly) 45 years of my life in service to our great country, and more importantly – to the pillars it was founded upon… freedom of thought, action and creativity!

As you listen to the 2:46 title track, “Americana“, penned by Doug, you will hear the power that music has to bring the dream back to life.  Even traditional songs like “Yankee Doodle” take you to the height of inspiration in Doug’s capable hands.  If you’re a fan of the kind of Americana I used to listen to in the jukebox diners along Route 66, you’ll find another Hammer original, “The Good Old Days“, among your favorites for all time – that vocal is truly great, and his string/orchestral weave is perfect!  The thing that’s so cool about Doug’s piano, synthesizer and orchestration work on this release is that it accomplishes exactly what (he says) he set out to do… “take you on a journey into the heart of America”.  If you have a friend who is in need of a kind of “revival” in spirit – get this & give it to them as a present.

Don’t let anyone on “the News”, in the street, or anywhere else, for that matter, influence you to believe that America is not a fine and wonderful place to live… if they persist in trying to bring you down, all you’ll need do is play the beautiful traditional “Shenandoah” on this CD… they will walk away with a tear in their eye (and the song in their heart), I’ll guarantee it.

Though Doug didn’t serve in the military, his appreciation for their service to country and the ideals it is founded upon are perfectly captured in my personal favorite of the eighteen tunes on the album, the 5:43 “Redemption“… he has woven some of the most poignant orchestral work I’ve heard (ever) in behind his masterful piano and captured the beauty of a soul arising from the depths to fly towards dreams that are never ending… simple, yet beautiful – and when he brings the strings into full play, this song just soars, folks!

Is it “jazz”?  Most assuredly not!  Is it “inspiring”?  More than most albums of this nature, Doug’s release will surely help to heal all the wounded hearts out there.  Is it “creative”?  You BET, and I give Doug and all the high-talent players who joined him in this salute to what America really stands for a MOST HIGHLY RECOMMENDED, as well as an “EQ” (energy quotient) rating of 4.99!  You can get more information on Doug’s website (be sure to tell him you read about him here, ok?).          Rotcod Zzaj