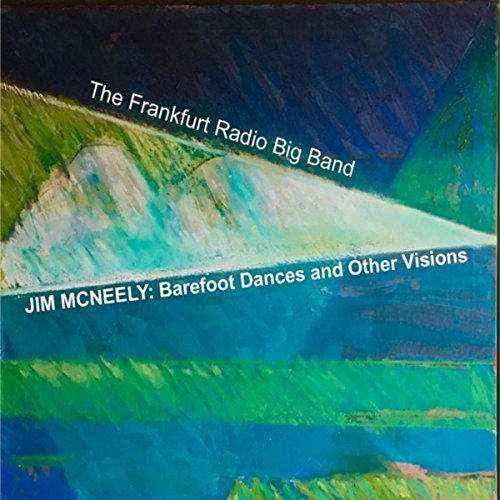 Jim McNeely &The Frankfurt Radio Big Band stunning visionary jazz Jim McNeely &The Frankfurt Radio Big Band – BAREFOOT DANCES AND OTHER VISIONS:  Just that title alone will make you “take notice“, but I’ll tell you right now… when you LISTEN to Jim’s all-original compositions on this EXCELLENT album, you’ll be dancin’, even if you’ve got stiletto heels on… as I listen to the ultra-high-energy opener, “Bob’s Here“, you’ll know that you’re not going to be able to put this one down… KILLER jazz… in fact, I’m going to say that this is SO good, it merits very strong consideration for a “big band award”!

…there’s also a Jim McNeely YouTube channel that you may be interested in signing up for… I did.  One thing I would have liked to see is a live performance video capture of the players from this album… ah, well… maybe next time.

If “mellow” jazz is your thing, you’re not going to believe just how elegantly Jim’s performers portray that mood on the beautiful “A Glimmer of Hope“… Rainer Heute’s baritone saxophone is just beautiful on this rich-toned tune that clocks in at 7:59, so there’s plenty of room for the players to express themselves… that’s one of the best parts about listening to this album (do it with your headphones on, at least for the first sitting, though)… the shortest piece is 6:46, so you really get to feel the tune – no short 3-minute wonders here.

After my first ’round of the seven vibrant tunes on the album, it was (really) easy to determine what my personal favorite track was… the closer, “The Cosmic Hodge-Podge“, will garner more (& more & more) fans for Big Band jazz than any other album I’ve listened to in the last five years… an absolute cosmic WOW, folks!  Jim’s big band folks SMOKED it on this wonderful piece of music.

I give Jim & all his players a MOST HIGHLY RECOMMENDED, with an “EQ” (energy quotient) rating of 5.00 – meaning that it also gets my “PICK” for “most meaningful big band jazz album”!  Get more information at the Planet Arts page for the release.        Rotcod Zzaj