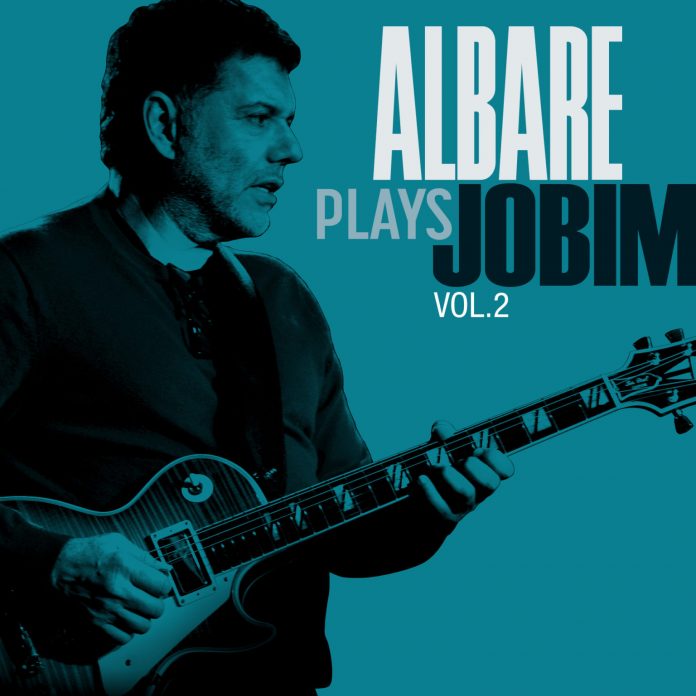 As always, there are musical giants involved in Albare’s music… Albare was Co-Producer and played Acoustic & Electric Guitars; Joe Chindamo was arranger and orchestra conductor and performed on piano; Luisito Quintero did percussion, Pablo Bencid played drums; Ricardo “Ricky” Rodriquez performed on bass… Phil Turcio was a co-producer and did mixing mastering… Guest Musicians were Randy Brecker on “Favela” and “Só Danço Samba”, with Antonio Sanchez doing drums on “Once I Loved” and “Dindi”, and Nestor Torres performing on flute for “Summer Samba” and “How Insensitive”… “Caminhos Cruzados” (Crossed  Ways) is one of the most sensitive jazz guitar pieces I have listened to (yet) in 2021!

Nestor’s flute on “Summer Samba“, in combination with lush string backgrounds, will give you images of warm breezes, tasty rum-based drinks and young beauty all around you… a wonderful song that jazz DJ’s are gonna’ fall in love with for their playlists.

Albare’s performance on Jobim’s classic “The Girl from Ipanema” is different from any you’ve ever experienced before… it was an “instant hit” for me, and I’ve no doubt it will be getting constant spins at your end, too!

It was the lively “Favela“, featuring jazz giant Randy Brecker, that was my choice for personal favorite of the eleven enchanting performances offered up…