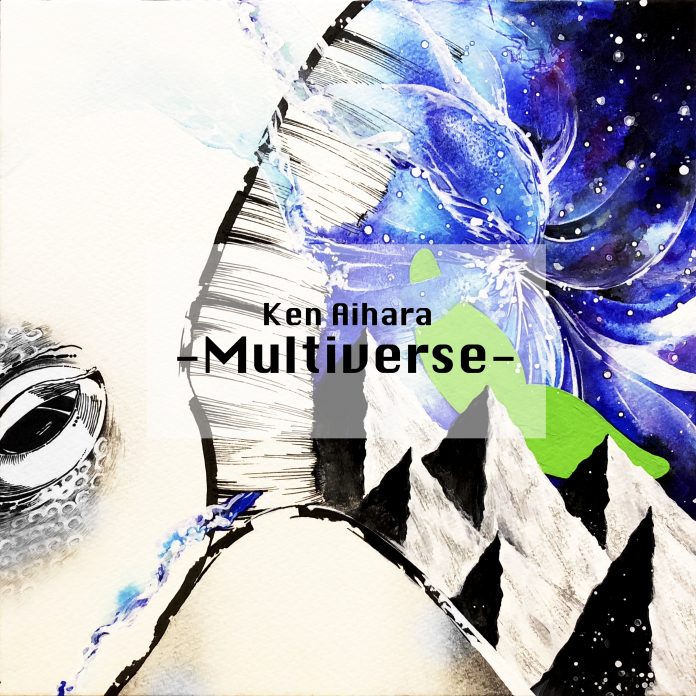 Astounding amazing emotionally charged jazz Ken Aihara – MULTIVERSE:  Let me start off by saying that I am really, REALLY impressed with keyboardist Ken’s highly creative approach to performance and composition… almost all of my reviews include a video, but in this case, I want you to watch TWO of them before I start on my review… first, the opening track for the album, “Ice Mountain“, in live performance mode…

…as you can see & hear, Ken and his players (Ken Aihara, Bob Lanzetti, Evan Marien, Marko Djordjevic, and Aaron Nevezie) just SMOKE it on this one… this song, as well as the WHOLE album, immediately earned a permanent placement on my iPhone player, something that doesn’t always happen.

The next video is for the song “Theia Impact“, a 6:01 total jazz masterpiece, full of great keyboard work, multiple changes and the kind of high energy rarely witnessed in any musical genre these days…

…I particularly enjoyed the free flow between the players; Ken’s synth just SOARS on this piece… they are TOTAL TIGHT, folks!  Be SURE to SUBSCRIBE to Ken’s YouTube channel, so you can watch many more of their fantastic videos… I signed up right away.

This is the group’s first release, and I predict that you will be seeing & hearing a LOT of their masterful works in the coming months & years… songs like the closer, “Ridge Black“, showcase some of the most adept and inspiring keyboards you will ever listen to, and the interaction between the players again proves that these cats are ON IT, folks… if you purchase nothing else in 2019… GET THIS ALBUM!

A song that I can easily see winning awards is also my choice for personal favorite… it’s also the longest piece on the album, clocking in at 8:23… “Spatio-Temporal Wanderer” takes you through several galaxies (and changes) on your way through that “multiverse” the album is titled for.  If you think “Herbie” (as in Hancock), but for the 21st Century – you’ll understand… an absolutely astounding performance, in all senses of the word.

I give Ken and his high-talent players a MOST HIGHLY RECOMMENDED rating, with a (perfect) “EQ” (energy quotient) score of 5.00 – that means, of course, that the album also gets my “PICK” for “best ‘new jazz’ adventure for 2019”!  Get more information on Ken’s website.            Rotcod Zzaj