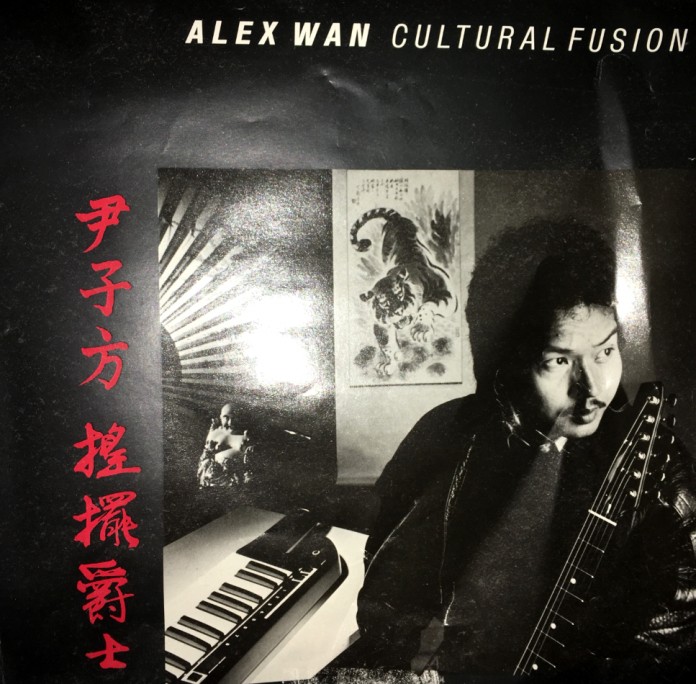 Sojourners fascinating cross-cultural compositions Sojourners – CULTURAL FUSION II:  I said (back in issue # 105) that Alex Wan puts together “jazz with an edge”… he’s coming close to releasing his 3rd CD, and as I listen to songs like “Spring Storm” (which was on the earlier album, too, by the way), it’s clear that he and his bandmates are moving the songs in different directions… this ’round features very interesting vocals that weren’t on the earlier rendition… GREAT movement on this new edition.

I can’t add any samples at this moment, as the album is still “in progress” (I’ll come back and add them in as soon as Alex tells me that the samples are up); in fact, Alex sent me (only) the current eight songs for review (there will be 3 or more added tracks by the time he’s ready to do his final release)… also, the cover you see here is from his first “Cultural Fusion” release, and Alex pointed out a couple of things about that original cover… “The top 3 Chinese characters are my last name “Wan” and first name “Chi Fong” which literally mean “Son of a square”… the lower 4 Chinese Characters translate “ROCK JAZZ” literally“… I can tell you right now that there’s nothing “square” about the songs on this fine album… in fact, having lived in Korea for over fifteen years, I can say (without doubt) that songs like “Harbor Light” would hit the top of the charts in only a few days, and Alex uses it’s full 4:58 length to display his significant skills at composition… a song that’s truly “on the edge”, folks… I really dug this piece!

“Change” makes it clear that Sojourners first vocal album is a winner, and tunes like the opener, “Moon Shines”, will have you up and dancing in only moments… great percussion on this one, too… this certainly knocks all the cultural boundaries flat down…

It was quite easy to pick my personal favorite of the eight songs Alex sent me… the closer, “3 a.m. C-town”, blends jazz, strong vocals and a lilting rhythm to give you one of the most pleasant listens you’ll have in 2018.  I give Alex a MOST HIGHLY RECOMMENDED, and an “EQ” (energy quotient) rating of 4.98 for this most enjoyable musical adventure.         Rotcod Zzaj