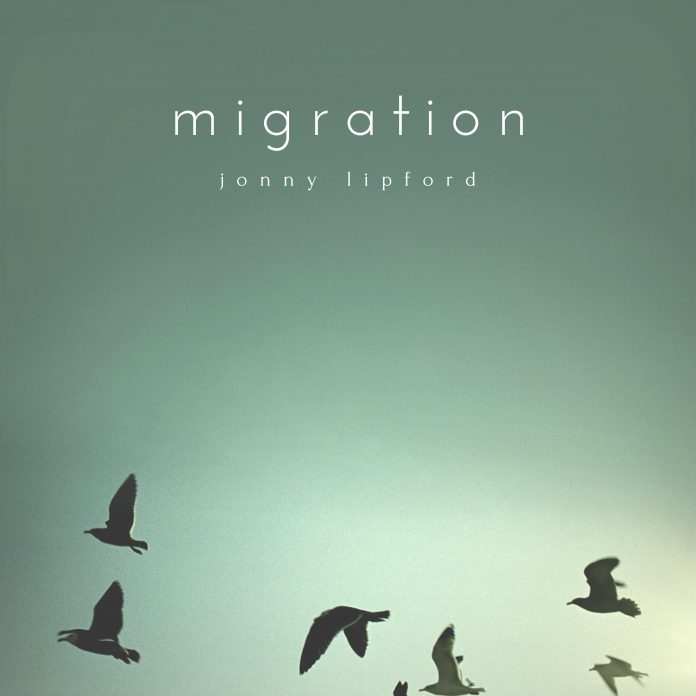 Magically sensitive Native American flute Jonny Lipford – MIGRATION:  Jonny’s flute work is simple yet full of the POWER that music can convey… before I go through some of the tunes on this new release that most impressed me, I (most STRONGLY) recommend that you watch this well-crafted trailer for the album…

…also, since you’re there already, be sure to SUBSCRIBE to his YouTube channel, where you’ll find a whole host of great videos… I did.  You will also want to watch Jonny’s up close and personal sketch…

The intro to the album, “Fly In Beauty“, is a perfect example of just how haunting simplicity can be… the string washes that serve as an introduction to the piece are gradually joined by lots of other instruments, Jonny’s flute and Handpan, piano and pad…. I have no doubt that this tune will be getting MAJOR rotations on stations ’round the globe!  This song WILL (I predict) WIN awards.

It’s sometimes amazing to me how an artist can be so prolific (16 albums already), but I’ve not reviewed them before… one of the tunes that made me a total believer in Jonny’s magic musical abilities is the title track, “Migration“… stunning beats surge “down under” his flute… there’s an “almost-pop” feel here, but Jonny’s flute (and those marvelous string washes) take the piece to soaring levels.

As often happens, I listened to all nine compositions before I chose my personal favorite… the closer, “Peace Within“, abounds with the emergence of inner expressions that can help the world to be more peaceful… in/with my own performances and recordings, I have always believed that music is one of the universal forces that has the power to HEAL… you will find yourself listening to this beautiful song over and over again!

I give Jonny a MOST HIGHLY RECOMMENDED rating, with an “EQ” (energy quotient) score of 4.99. Learn more on Jonny’s website.  You can also help him support the album there.      Rotcod Zzaj