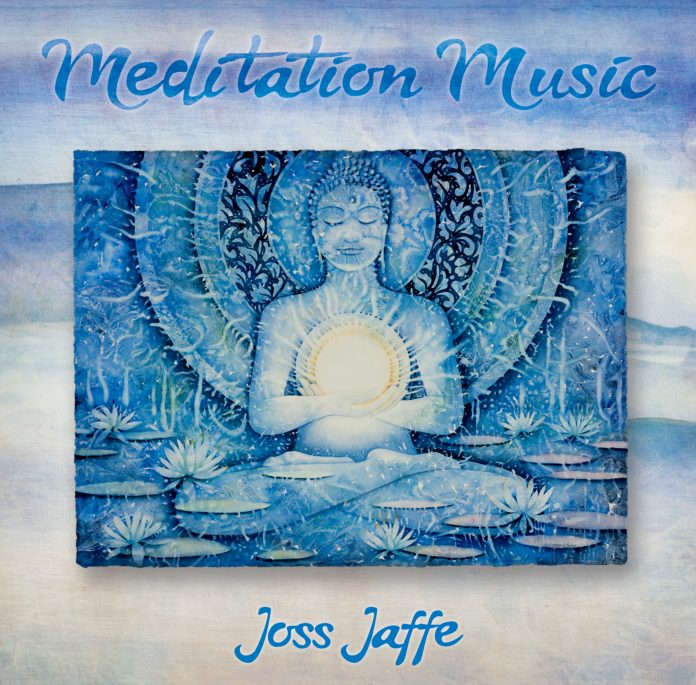 Soothing brain stimulating music Joss Jaffe – MEDITATION MUSIC:  One of the quotes that stood out for me on the promo material is “”One becomes like that which is in ones mind-this is the everlasting secret” –Maitri Upanishad“… Joss has captured the essence of that secret on the most soothing and brain stimulating music he has put together for his new release… though I didn’t find any “LIVE” videos from the new album, there is one that really impressed me, and I believe it will do the same for you (from an earlier album in 2015 titled “Dub Mantra Sangha”)…

…the imagery, vocals and percussion on this video are just superb; you’ll find many more enchanting videos when you SUBSCRIBE to Joss’s YouTube channel, as I did.

The deep movements and tones on “Morning Sun Drops” held me totally spellbound… you can (and should) “try this at home”… in other words, don’t try it while you’re driving a vehicle, lol… it’s truly spiritually moving, and will (I predict) get a LOT of airplay on New Age stations ’round the globe… not only airplay, but if I were on the nominations/voting committee for New Age awards, this beautiful composition WOULD win an award!

Joss is involved with a lot of musical endeavors, and travels around the globe, bringing his music to an international audience… songs like the opener, “Deep Delta“, clearly demonstrate his mastery of the instruments, but (more importantly) the “form”… I (most strongly) recommend that you listen to this entire album (at least for your first sitting) with your headphones on, so you can catch all the little nuances of nature Joss has woven into this piece.

The song that gave me the most peaceful experience, and got my vote for personal favorite, is “Temple Clouds“… the dynamic he establishes with simple changes on this performance is just fantastic!

I give Joss a MOST HIGHLY RECOMMENDED rating, with an “EQ” (energy quotient) score of 4.99.  Get more information on Joss’s website.         Rotcod Zzaj