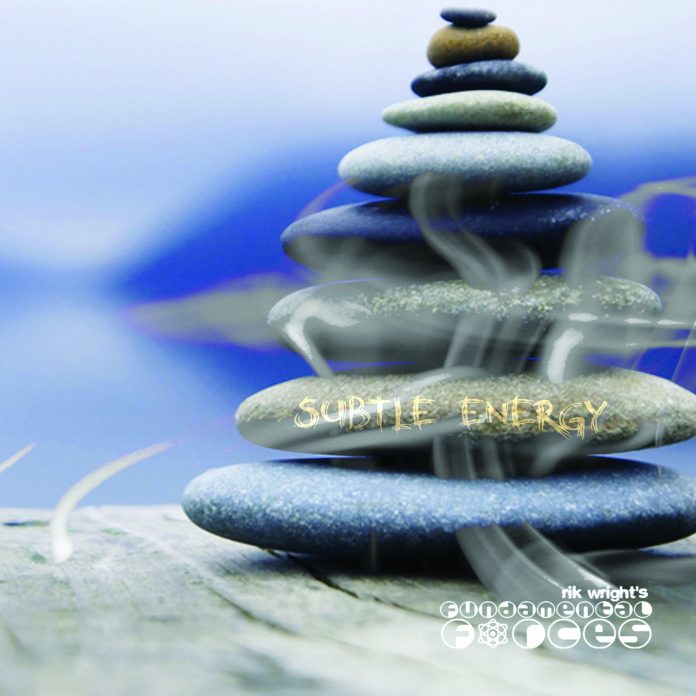 Rik Wright’s Fundamental Forces – SUBTLE ENERGY:  Wow!  It feels like I was just reviewing these songs by Rik & his “Fundamental Forces” group… Oh!  Wait… actually, I was… most recently in issue # 164!  Several of the same songs on his “colors” series are on this most recent release – BUT, with a big difference – they’re being performed live in Jackstraw Studios for Sonarchy Radio (my old friend Doug Haire did the recording, which is why it sounds so great… but, that’s another long story).

The album title is absolute perfection, because though the session was totally laid-back, you’ll find yourself drawn back to this live version of “Butterfly Effect” over and over again… caution, though… you might burn out your player if you get “too hooked” on tuneage like this!  All the players (James DeJoie (only clarinet this time); Geoff Harper (bass); Greg Campbell (drums, percussion), and Rik’s stellar guitar) understand how to hook you into their sonic envelope, clearly evidenced by the closer, “Patience” – a perfect start for 2017 – a year that’s bound to demand all we have of that particular virtue.

Of the five (long) tracks performed, it is the title track, “Subtle Energy“, that is my pick as personal favorite… both enchanting and carpet-ride magical sonics that truly merit my MOST HIGHLY RECOMMENDED rating, as well as an “EQ” (energy quotient) rating of 4.99.  You can learn more about Rik and his bands at the Rik Wright website (and, of course, tell him you read about him here).          Rotcod Zzaj