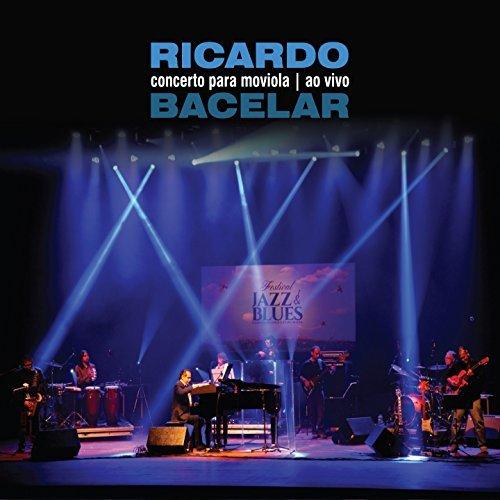 Ricardo Bacelar – CONCERTO PARA MOVIOLA – AO VIVO:  As holds true with the old adages about books – “don’t judge an album by it’s cover”.  When I first looked at the CD insert, it looked a bit “stuffy”, and too “high-falutin'” for my taste.  Of course, as soon as I realized (from the liner notes) that Brazilian pianist Ricardo was using his considerable skills to memorialize and honor some of the great fusion artists like Weather Report, Pat Metheny, Yellowjackets & many others during his most memorable performance at the annual Guaramiranga Jazz and Blues Festival in Brazil, my opinion changed.  As you listen to the silken-smooth synth intro to “Birdland“, you’ll wish you’d been in attendance; and, when Ricardo slides (at about the 1 minute mark) with his stellar piano, you’ll be happy it was captured for your listening pleasure!  Horace Silver’s “Senor Blues” is a tune made for Ricardo, and the rest of the band performs with flat-out funk & energy… loved this one, especially when the flute kicked in at the 2 minute mark!

It was definitely the electric piano (or Rhodes, I’m not sure which) on Ricardo’s rendition of Michael LeGrand’s “The Windmills Of Your Mind” that captured my vote for personal favorite of the seventeen songs offered up for your long-term jazz listening pleasure (though Ricardo’s original “Apartheid Blues” came in a close second).  I give Ricardo and all his players a MOST HIGHLY RECOMMENDED, with an “EQ” (energy quotient) rating of 4.98 for this grand excursion into fusion jazz – it’s certainly among the most powerful performances I’ve heard in 2016.  Get more information on Ricardo’s page for this event.  Note:  Be sure and watch Ricardo’s video in the “Watch Now” section of our home page, too!          Rotcod Zzaj