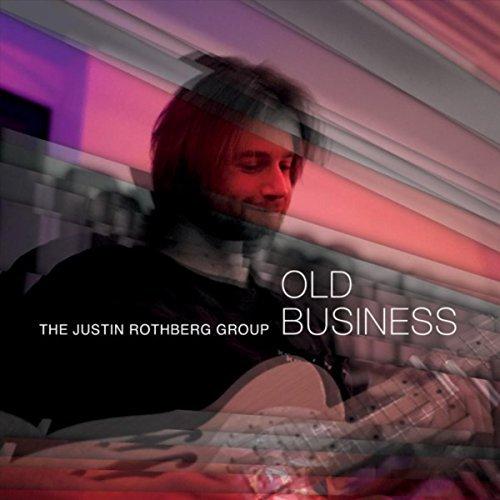 Justin Rothberg Group – OLD BUSINESS:  Justin’s guitar work is anything but “old” on this splendid 2015 (June, to be exact) release… he’s joined by Todd Groves on saxophones, flute & melodica; Matsu on drums; Gil Smuskowitz on bass and Andy O’Nieol on percussion & drums in a one of the better fusion jazz albums I’ve heard (lately).  I totally dug the bass intro from Gil on “Dollar Bin“, and have no doubt you’ll be groovin’ along to it right from the very first note of play… it’s clear that these folks love playing jazz & that they are great at it!

Each player is given plenty of room to shine, & that’s especially true on tunes like the git-down “Turkey Spam“… eight of the nine tunes are originals, and it shows… they are totally together on this highly unique track.  From a jazz fusion standpoint, I thought the 5:19 “421” was the best on the album… their creativity shines right on through on this piece.

It was the upbeat opener, “No Time for the Beach“, that captured my vote for personal favorite on the album, though… Todd’s flute on this one gave it a light & airy touch that’s perfect for “road jazz”… this song spins repeatedly on my player, & I’ve no doubt your ears will be attracted to it as well.  I give Justin & his crew a MOST HIGHLY RECOMMENDED, with an “EQ” (energy quotient) rating of 4.98 for this too-cool session.  Get more information at Justin’s website.        Rotcod Zzaj