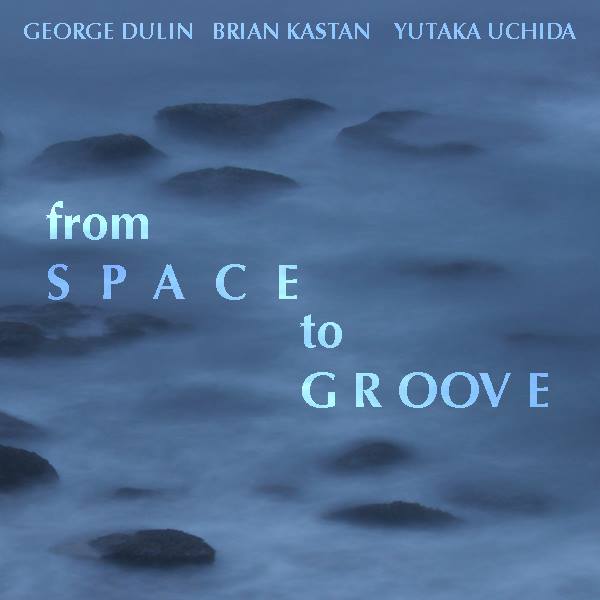 Outer limits voided and reborn Brian Kastan – FROM SPACE TO GROOVE:  Ever since I reviewed Brian’s “Roll The Dice On Life“, it was evident to me that his music is able to communicate with the spirits of folks like Sun Ra and Uncle Frank (Frank Zappa, for the uninitiated)… if you’re an M.O.R. (Middle Of the Road) listener, you won’t “get” those references… BUT, if that were the case, you wouldn’t be here in the first place, where we aren’t afraid to “explore”… George Dulin does some most memorable keyboards against Brian Kastan on bass (ah, that’s right – BASS), with Yutaka Uchida doing drums… you’ll hear their madness on improvised tunes like the title track, “From Space To Groove“, and if you’re as passionate as I am about pushing the limits, you’ll ride the wormholes they’re exploring with ecstatic glee… Brian on bass is truly something to behold, and both he and George CRAM this song so full of notes that you won’t know where the space stops and the groove begins… +, the drums just KICK IT!  I just LOVE this tune (in part because it reminds me of some of the improv jams I used to do with cats like Davey Williams)… a SUPER jam!  The official release date is 9 October, 2018.

I can absolutely guarantee that you’ve never heard “Stella By Starlight” in the mode that these guys perform it… George’s keyboard takes the whole sonic experience to galactic dimensions, with Brian slow-walking that bass to the “other side” of the Milky Way… sheer jazz beauty from out there… “jazz with jade”.

There’s some ultra-groove action going on with the keyboard on “The Happy Song“, one of the shorter tunes on the album… George swirls that electric piano sound all the way to the other side of Nirvana, with Brian and Yutaka providing solid rhythmic counter-punches throughout… a WONDERFUL sonic experience!

There was NO DOUBT in my mind what my choice for personal favorite would be… “Realizing Doom” has some of the best improvised action I’ve ever heard (& that’s truly saying something, because I’ve heard & played a LOT)… I especially loved the sequences at about the 4:10 mark, when the keyboard rolls in along with the bass and drums… despite the title, this piece actually gives a sense of hope for the discoveries we can make – if we just LISTEN!

I give Brian and his players a MOST HIGHLY RECOMMENDED, with an “EQ” (energy quotient) rating of 4.99 for this extremely entertaining musical adventure.  Get more information as it becomes available on Brian’s website.          Rotcod Zzaj