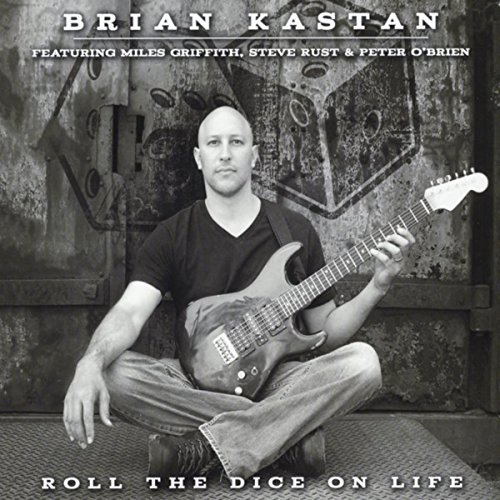 Brian Kastan – ROLL THE DICE ON LIFE:  Ev’ry once in a while, a promoter sends me an album they may not even realize is destined to make musical HISTORY… think “Zappa 21st Century”… Brian’s guitar is just killer, and he’s joined by some superb players as well… Miles Griffith (Vocals); Steve Rust (Drums); Peter O’Brien(drums) are experts at what they are doing.  On the other hand, if your “style” of jazz is still stuck in the early 20th Century, you may elect to move on to another record.  I can tell you, though, that if your mind/soul have any adventure in them at all, you will be thrilled to the core by tunes like the stilted-rhythm “Funky Free Out“… I’m reminded of some of the live sessions I did with Transmuseq (Davey Williams, Wally Shoup and LaDonna Smith) way back in the early 1990’s, but Brian & crew play with a rhythm & gusto that makes them top-dollar all the way ’round!

I can also hear snatches of another “odd-ist”, my long-time friend Bret Hart, who was (& still is) a pioneer in this musical realm.  This is a double-album, too, so prepare well… you know, a bong, a longneck, whatever it takes to get your “mood on”, because when you listen to my personal favorite on this 1:18 double-CD, “Budapest Blues“, you’ll realize you are listening to the music of tomorrow… this just DRIPZ funk’n attitude!  I give Brian & his excellent players a MOST HIGHLY RECOMMENDED, with an “EQ” (energy queue) rating of a (perfect) 5.00; meaning that it also get a “PICK” from me for “most creative guitar-led improvisation”.    Get more information at Brian’s page for this high-energy music release.   This is ‘DA STUFF, volkz!      Rotcod Zzaj