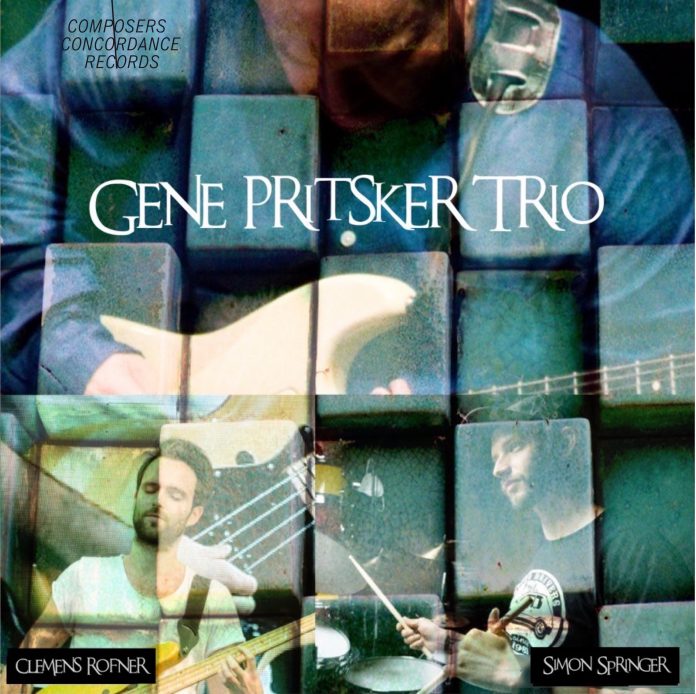 Intensely joyful soaring guitar works Gene Pritsker Trio – GENE PRITSKER TRIO:  My latest review of Gene’s stellar work was for his “Songs Eclectic” album… he’s a true multi-instrumentalist, and you’ll realize that fully as you listen to his intensely joyful soaring guitar works on this new release.  The trio is basically Gene doing guitar and rap;  Clemens Rofner on electric bass and Simon Springer doing drums, with guest artists Dave Taylor playing bass trombone and Stefanie Egger doing vocals… to get a preview of their style, check out the promo video first…

Gene wrote all but one of the nine tunes on the album, and you’ll recognize his almost Zappa-like genius when you listen to one of my favorite guitar-led tunes (yet) in 2021; the 3:47 “Born Free” brings back visions of Frank’s “Black Napkins” in some strange way, but it’s clearly “his”… DJ’s who love raw energy will be adding this to their playlists in droves!

Stefanie’s excellent vocal on the closer, “Cold as I Am“, will blow your mind… strong instrumentation and flawless recording make the tune an absolute winner… experimental, yet accessible… Gene’s guitar solo just soars on this song.

There’s a mellow feel on “Difficult to Imagine Nothingness“, with Dave’s bass trombone leading much of the song… the 3:52 gem requires that you actually listen, though, so headphones are strongly recommended!

Gene is a player after my own heart… often described as a “rascal” or “mischief-maker” (which is absolutely the way I like to play, lol), his guitar on my personal favorite of the nine songs offered up, the 4:45 “Encomium“, doesn’t stop challenging your ears – from the very first note until the “happy ending”, you will be trying to figure out how this cat’s playing was ever ignored… I absolutely loved this song.