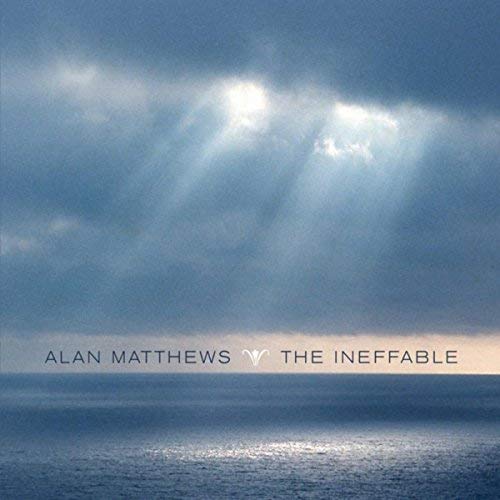 Indescribably delicious piano debut Alan Matthews – THE INEFFABLE:  When you’re just starting out in the “music world“, you couldn’t choose better folks to record with than Will Ackerman’s Imaginary Road studios… of course, after having watched Will perform live (with FLOW), it’s clear that an artist wouldn’t be able to do that unless they had significant talent… & in Will’s own words, Alan’s album produces a “rare synthesis of mind and spirit (that) presents us with one of the finest debut recordings I can remember.”; I stand as a witness to that, especially after listening to his striking solo performance on “The Second Goodbye“… Alan knows just where to apply his keyboard strengths, and how to use his skill to produce deep and rich tones that will invade your spirit and heart in most pleasant ways… this is one of the best solo piano pieces I’ve listened to (yet) in 2018!

Alan told me in private correspondence that he plays “to see if something worthy comes out…and to process reality…a form of meditation, even therapy“… the beauty of this is that the listener is then blessed and refreshed with the deeply moving tones of compositions like the 5:26 “The Conversation“… his piano is also enhanced on this piece by players from Will’s dazzling stable of music professionals… Jeff Haynes on percussion, Eugene Friesen doing cello, Jill Haley’s English horn and Tony Levin on bass… while listening to this, I was visualizing dialogs from my own earlier years, where I was (in a sense) pondering all the enigmas that mattered to me with a close friend… it’s almost as though Alan were talking over the fence to you… perfect pacing and excellent recording make it a true winner.

What stands out most brilliantly as you listen to Alan’s creations is just how unique his playing is… again, Will Ackerman also said that Alan’s music “sounds unlike anyone else.“; in my mind, there is no higher compliment than that… you’ll certainly become an instant believer when you dig deep into my personal favorite on the album… it’s another solo piece titled “The Empty House“… a simple pattern, but Alan’s ability to “pace” the notes so that his full chords wrap unbelievable overtones around your ears will stir your emotions deeply, and help you to appreciate what you have.  I wouldn’t be surprised to see this tune nominated for (and WIN) awards… in fact, I believe that’s exactly what will happen.

I give Alan’s superb piano debut a MOST HIGHLY RECOMMENDED, with an “EQ” (energy quotient) rating of 4.99.  Check his CD Baby page to get more information.   Rotcod Zzaj