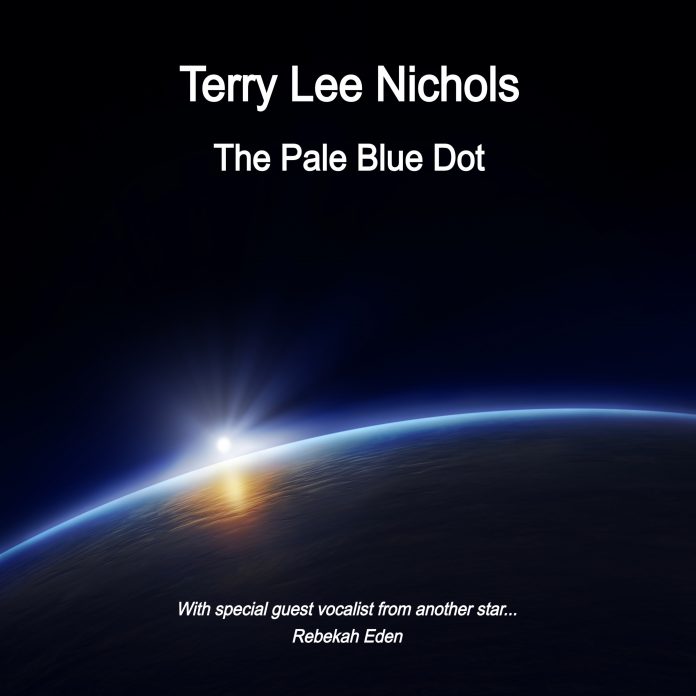 Hopeful spiritual revelations Terry Lee Nichols – THE PALE BLUE DOT:  There are some artists that I know will always create music that is fresh and inspiring… ever since I reviewed Terry’s “We Have Only Come To Dream” CD with Rebekah Eden, I’ve been anticipating the kind of hopeful spiritual revelations that Terry provides on this marvelous new release… though I didn’t see any LIVE performance videos, I still recommend you SUBSCRIBE to Terry’s YouTube channel… the entire album is there.

Rebekah’s fantastic vocals are featured again on tunes like “Stardust (Clouds of Gas and Dust)“… as you listen to the rich (and sometimes turbulent) tones evolving on this superb composition, you’ll feel the very POWER of the universe as clouds create new entities… Terry’s magical string and piano swirls are joined with Rebekah’s moving vocal at the 2:30 mark, and will give you priceless visuals… I predict that this piece will be nominated for (and WIN) awards in 2020!

The wonder of our environment beginning from a “primeval atom” (one single particle of dust) is explored and amplified beautifully on the 4:19 opener, “In the beginning… (Quantum Fluctuations)“… true spiritual revelation created through Terry’s marvelous keyboards and strings.

The appearance of life forms on our earth through the amazing processes of evolution “disappeared” Earth’s simple ecosystem and began giving rise to our modern animals and beings… “The Cambrian Explosion” brings that all into crystal-clear focus for you, mainly via Terry’s awesome keyboard skills… this is a composition/performance that I predict will be an “instant hit” with DJ’s (of all stripes) around the globe… an absolute sonic treat!

Terry’s simple piano introduction to “Asteroids” segues most powerfully into magical music that will give you an absolute sense of the power of movement in our universe… I knew from the first spin of this song that it would be my personal choice as favorite of the nine songs offered up.

Superbly hopeful single Alan Storeygard – I Plan To Be Happy...