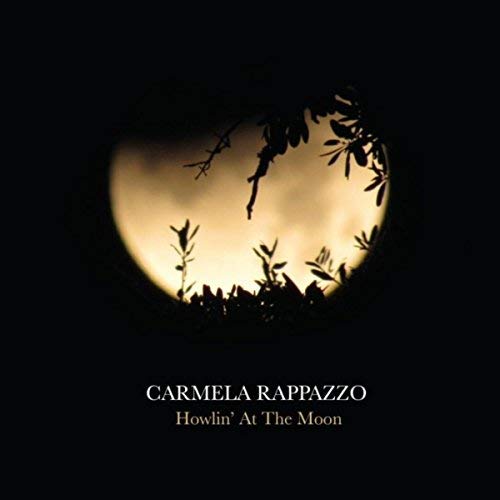 Though the new album doesn’t release until early September, 2018, the samples for great tunes like the opener, “Genie in a Bottle” (one of Carmela’s originals), are up already for you to check out, too… nice pacing, and well-recorded, to be sure.

Carmela’s vocal intro to “Rush of Heat” may deceive you into thinking it’s “just another croon”, but I can tell you right now, this SWINGS with life well-lived; when the sax kicks in at the 1:35 mark, you’ll think you’re in one of those late-night “cellar clubs”, like I used to hang out in during the ’60’s.

Of the nine tunes offered up for your hip jazz vocal enjoyment, though, it is the 5:55 “Haunted” that’s my personal favorite… the voice/piano interaction on this song is superb; definitely one of the most memorable jazz ballads I’ve listened to (yet) in 2018.

I give Carmela and her musical pals a MOST HIGHLY RECOMMENDED, with an “EQ” (energy quotient) rating of 4.97 for this very enjoyable release.  Get more information on Carmela’s website.         Rotcod Zzaj