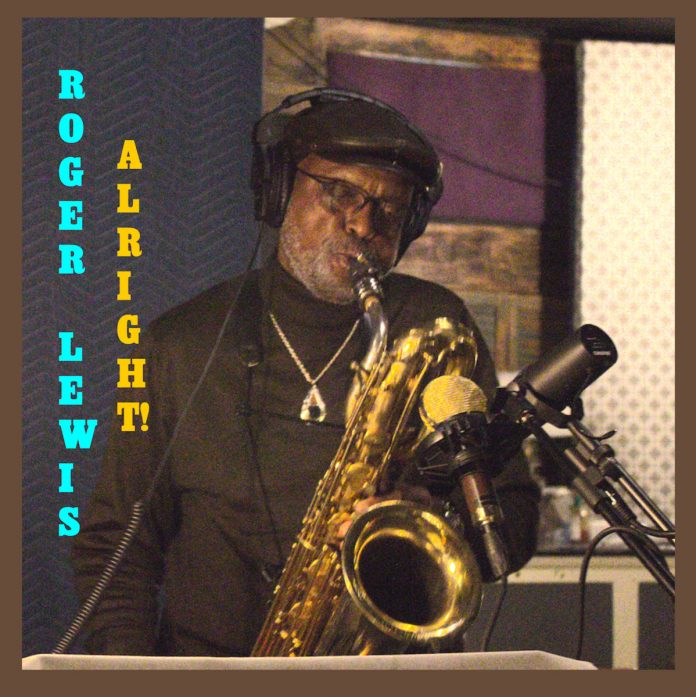 Be sure to visit and SUBSCRIBE to Roger’s YouTube topic channel, too… I mean, since you’re there anyway, lol.

Roger has a heavy lineup of star players on the album, including himself on alto, baritone, soprano and tenor saxophones; Herlin Riley drums-set all tracks except 3 and 4, Kirk Joseph sousaphone all tracks except 3 and 4, Don Paul vocal on Tracks 4, 7 and 8, Erica Falls singer on Track 8, Michael Torregano Jr. keyboards and Mario Abney trumpet on Tracks 5, 8 and 9.  Since I’m a big fan of spoken-word, I especially enjoyed Don’s performances on “Maybe You See Horses with verse“… he definitely takes you on the journey!

If you’re looking for the soulful vibe you would expect from down there in New Orleans, you’ll certainly hear it as you listen to “Glory Glory Glory Is For Us All“, featuring some excellent vocal work…

The high-energy percussion on the opening track, “Bobe (What A Spirit Walks That Way)“, had me up and dancing ’round the room within the first two bars… I fully expect this tune will be getting heavy rotations from the DJ’s!

It was the down & FUNKY vibes on the closer, “Get Your JAM On instrumental“, that made it my personal favorite of the nine tunes offered up… finger-snappin’ good, to be SURE!

Roger and all his players get a MOST HIGHLY RECOMMENDED rating, with an “EQ” (energy quotient) score of 4.98.  Get more information on the I/R records website.  Rotcod Zzaj