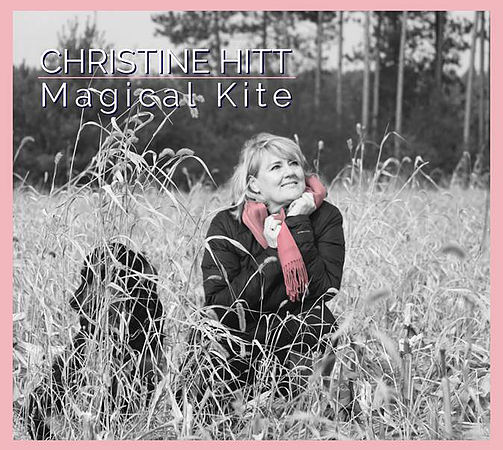 Diverse, exciting magic jazz vocals Christine Hitt – MAGICAL KITE :  I’ll tell you right now, folks… you have never heard a more exciting vocal rendition of “Wade In The Water” than Christine offers up for your ears on the opener for down & funky new album! It won’t be officially released until 20 July, 2018, but is available for pre-order on Christine’s website.

A stellar cast of players supports her magical voice… John Beasley and Geoffrey Keezer on keyboards; Jeff Hamilton and Gene Coye doing drums;  Leo Amuedo on guitar; Bob Sheppard on alto sax; Walter Rodriguez with percussion; and Eric Hitt on bass… you’ll hear nothing but musical excellence as you listen to her decidedly different performance of James Taylor’s “Shower The People“… she really owns this song… I’ll go so far as to say that this is the very best cover I’ve heard of Taylor’s song – ever!

The title track, “Magical Kite“, is an original by Christine, and serves as a loving tribute to fathers everywhere… it certainly brought back many memories of kites tangled in cherry trees with my own dad.

I always try to pick the tune that stirred my soul the most on an album, and it was clear to me (after my second listen through the entire set) that her totally unique treatment of Stevie Wonder’s “Don’t You Worry ’bout a Thing” is my personal favorite of the nine tunes offered up… it’s not like any other performance of this song you’ve ever heard before.

I give Christine and her high-energy, high-talent players a MOST HIGHLY RECOMMENDED, with an “EQ” (energy quotient) rating of 4.98 for this fine jazz vocal adventure.  Get more information on Christine’s website.           Rotcod Zzaj