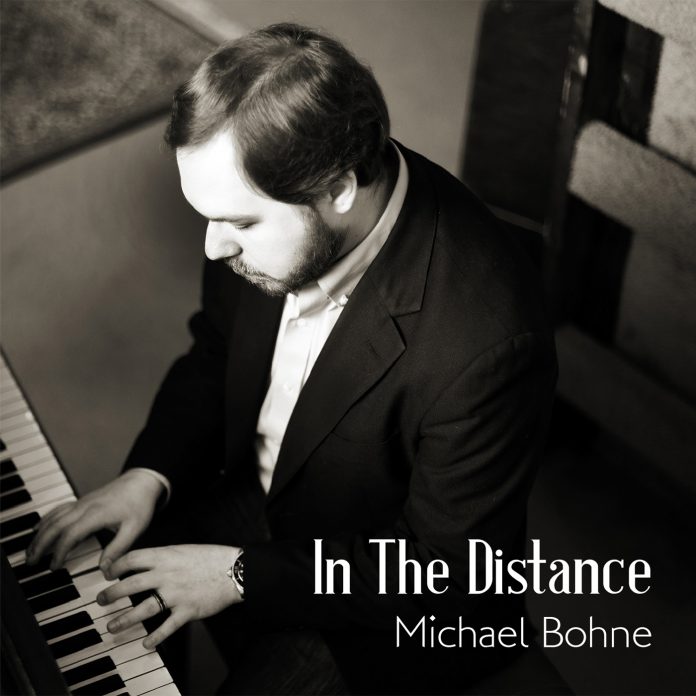 Engaging solo piano debut Michael Bohne – IN THE DISTANCE:  Michael performs solo piano with a most engaging and exciting style on his debut release… one of the most engaging is “Never Looking Back“; it’s full of emotions that you may have thought long-buried and inaccessible… Michael’s ability to “ride” the overtones he creates on his keyboard, and actually amplify them through his unique abilities as an artist… the fact that he’s able to do that in both upper and lower registers makes him one of the most amazing solo pianist I’ve listened to (yet) in 2018!

Samples for this release aren’t ready until early July, 2018, but I can tell you right now that you will find pieces like “Fading Memories” invading your waking moments, and (even) your dreams… the keyword for Michael’s playing on this wonderful song is “POWER”… I just love hearing his ability to go deep inside himself and lay it all out for you, the listener… in order to catch every little nuance of his marvelous playing, though, I recommend you listen to this (at least for your first sitting) with the headphones on.

The 4:53 “Regarding Stonehenge” explores darker tones, and had me on the edge of my seat right through to the very last bar.

Michael’s use of a “clock” tick-tocking away on the opener, “When The Time Comes”, creates just the ominous effect I believe he was looking for; this is actually a concept album, based on the “thought of living your life haunted by the ticking of a clock in the aftermath of a horrible truth revealed“, in Michael’s own words… his right-hand playing style is both strident and (in some magical way) soothing.  This is one of the strongest solo compositions I’ve listened to (yet) in 2018, and I believe it could easily be nominated for an award!

Of the eleven songs Michael offers up for your aural enjoyment, it was easy to choose “Taking The Scenic Route” as my personal favorite… the instrument he’s playing is full of precision, and the recording is flawless on this fantastic piece.

I give Michael a MOST HIGHLY RECOMMENDED, with an “EQ” (energy quotient) rating of 4.99 for this excellent solo piano debut album.  Get more information about this talented artist on Michael’s website.         Rotcod Zzaj