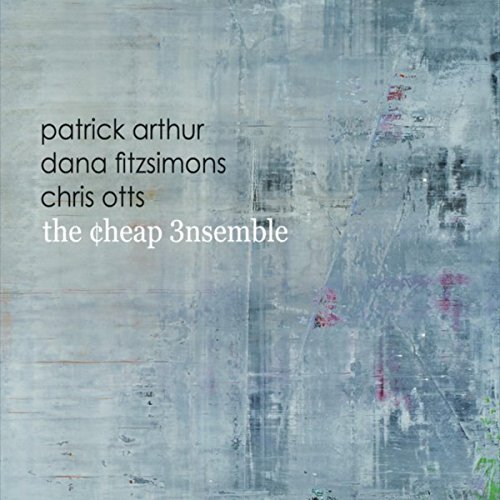 Dana Fitzsimons drummer healing jazz Patrick Arthur, Dana Fitzsimons, Chris Otts – THE CHEAP ENSEMBLE:  This superb trio is led by Dana’s superbly crafted drum work, and very nicely complimented by Otts’s tenor saxophone and Arthur’s guitar on their fine debut CD release. Dana is also an Estates lawyer, and put his music aside for years… as you listen to the wonderfully soothing sounds on the 7:53 original by Chris titled “Volkslied“, you’ll immediately hear that Dana has fully realized his desire to “make music that can heal”… the length of the piece gives each of the trio players a chance to stretch their imaginations, and they use their instruments to reach deep down into your bones with this soulful song – very, VERY impressive work!

This is by no means a “standard album”… if you listen closely to Patrick’s original composition, “Front“, jazz in clubs in dark night alleys may be your first thought (it was mine, I know); but whatever imagery you get out of the song, it will be strong and vibrant, as is the tune… the keyword here is STRONG… definitely a song for the jazz heroes these three players are.

The 5:20 opener, “Ithaca“, has slightly darker moods, yet Chris makes it come out in a mellow zone with his reed work, even though the tune reflects the cold and stillness of Upstate New York in winter (& I know a lot about that, because I grew up in that neck of the woods – Erie, Pennsylvania, to be exact).

If you’re looking for jazz that isn’t “just the same”, you’re going to LOVE this one, just as I did… and that’s particularly true (for me) as I listen to my own personal favorite of the eight offered up… “Pure Imagination” came from the movie “Charlie and the Chocolate Factory”, but these three make it their own with masterful and intricate playing.  I give Dana and his musical friends a MOST HIGHLY RECOMMENDED, with an “EQ” (energy quotient) rating of 4.98 for this fine release.  You can learn more about them at The Cheap Ensemble Facebook page.         Rotcod Zzaj