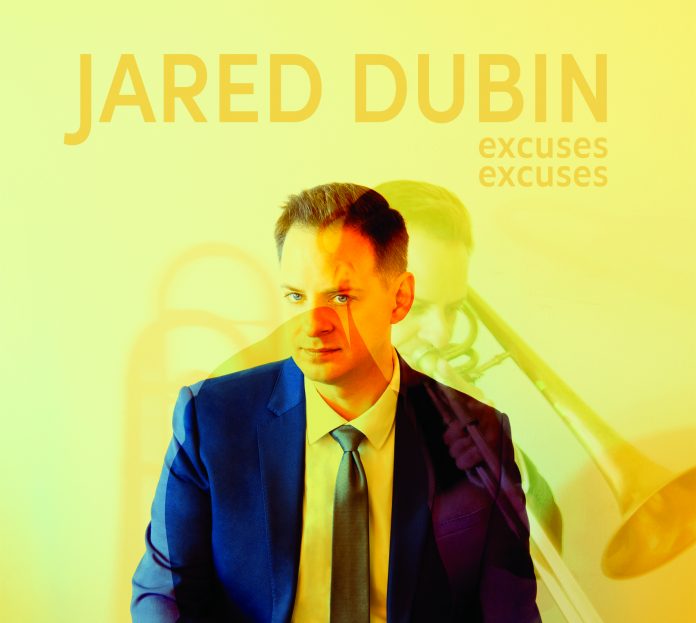 This album was actually recorded in 2012, and only released in September, 2021… as you listen to the swaying perfection of the title track, “Excuses Excuses“, you may wonder why it took that long… in Jared’s own words… “Whether it be self-doubt or a perfectionist attitude towards the project, its release has been delayed for sometime”  DJ’s will (soon) prove to Jared that he had no reason to worry on either score… this tune will be getting massive airplay, I predict!

I fell in love instantly with the 7:24 “Worry Go Round“… Jared’s trombone meshes in an oh-so-lovely way with the keyboard, guitar and other instruments… a mellow sound that will have you listening over and over (and OVER) again to this beautiful tune… it will definitely stir pleasant memories for you.

You won’t find yourself being concerned about much of anything as you listen to the high-energy “Ain’t No Thang“… since I’m a keyboardist myself, I couldn’t help but fall in love with the Rhodes on this superb tune… down and funky, to be sure!

When you’re in NYC, there’s a certain mood that sometimes pervades the air around you, and on my choice for personal favorite of the nine (long) songs Jared offers up for this jazz jaunt, “Passive Aggressive“, he captures that atmosphere perfectly… you’ll be moving in synch to each and every note on this 7:10 gem.