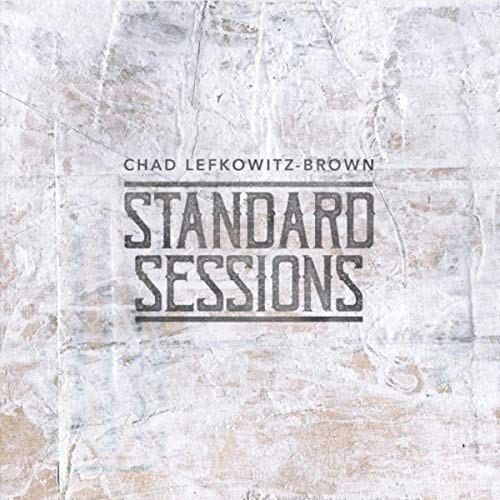 Absolutely exciting tenor sax led jazz Chad Lefkowitz-Brown – STANDARD SESSIONS:  The songs Chad picked for this superior jazz set may be “standards”, but the performances are “anything but”… before I even begin, I’d (most strongly) recommend that you watch a live studio performance (different players than he has on the album)…

…if you got (even half) as excited as I did watching that, I just know you’re going to LOVE this album… & since you’re there already, be sure to SUBSCRIBE to Chad’s YouTube channel, where you’ll find many more exciting live shots.

The band’s performance on Charlie Parker’s “Scrapple From The Apple” alone makes it worth the purchase… Chad’s tenor is right out in front, as it should be, but the keyboards (David Meder), bass (Barry Stephenson) & drums (Charles Goold) are total precision, with just the right amount of “oomph”; this tune SMOKES, folks!

“Green Dolphin Street“, by Bronislaw Kaper, has all the magic you’d expect, and makes you feel as if you’re right there snappin’ yer’ fingers & tappin’ those toes… excellent recording makes this tune really stand out as well… I wouldn’t be at all surprised to hear DJ’s all over the “jazz country” spinning this one relentlessly.

It was (without question) the vibrant performance on Ornette’s “When Will the Blues Leave” that made it my personal favorite of the dozen standards offered up for your jazz enJOYment, though… this one SHOULD be put up for an award!

I give Chad and his players a MOST HIGHLY RECOMMENDED, with an “EQ” (energy quotient) rating of 4.99 for this very “non-standard” standards set.  Get more information on Chad’s website.           Rotcod Zzaj