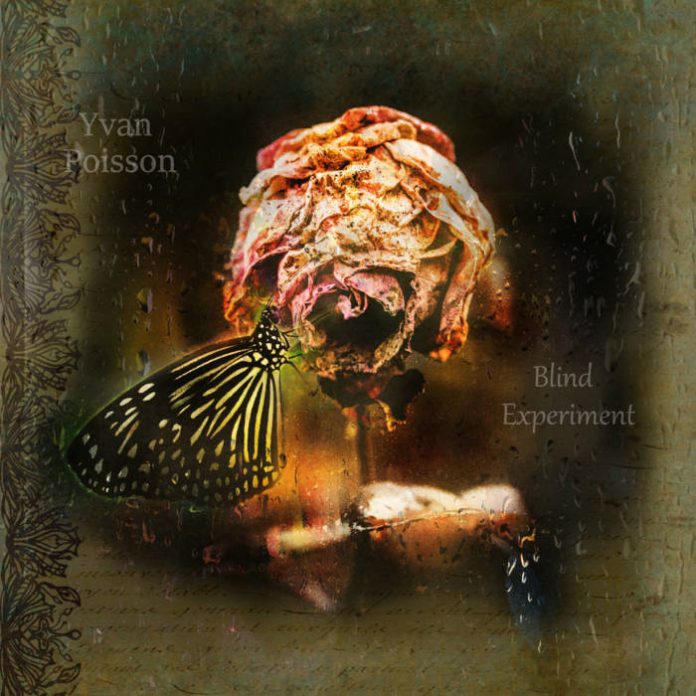 Yvan Poisson granular sampling experimental wonders Yvan Poisson – BLIND EXPERIMENT EP:  On the promo notes that accompany the EP I received for review, Yvan says “you simply won’t enjoy it listening through a poor sound system with no deep bass and at a low volume“… & he’s pegged it perfectly… as you listen to pieces like “Idiosyncratic Response“, you’ll find yourself digging down ever deeper into Yvan’s “granular sampling”, trying to get right at the calming “soul” he’s expressing through his music… but, be sure to do it with a stellar sound system, preferably with your headphones on (at least for the first listen).

He also uses some wonderfully alluring “voices” on cuts like the 4:30 “Negative Control Procedure“… what’s most aurally attractive about the way he weaves the tapestry of a tune is that it’s not “up in your ears”, like many experimental musicians make it… very subtle, just hints of “electronic spoken word” that gently infiltrate your mind (for the long-term).

This is not, by any stretch, “instrumental hip hop”… it goes far deeper than that, and will produce very pleasant experiences for listeners who demand more than just “beats” in their sonic experience… one thing I would like to see (on future projects from Yvan) is a VIDEO… though he’s a very private person, his music would certainly lend itself to a well-produced visual production… the best example of that, from a sound standpoint, is my personal favorite of the nine songs offered up… “Cross Tolerance” could easily float behind scenes of urban renewal (or urban destruction, for that matter)… of course, as a “sound” product, it also stands quite well on it’s own.  I give Yvan a MOST HIGHLY RECOMMENDED, with an “EQ” (energy quotient) rating of 4.97.  Get more information on Yvan’s BandCamp page for the EP.    Rotcod Zzaj