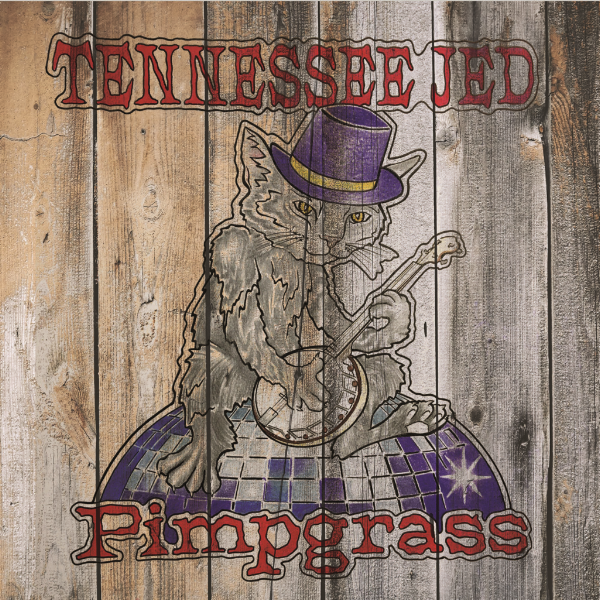 Tennessee Jed soulful cutting-edge Americana Tennessee Jed – PIMPGRASS:  I spent many years in the “Rocket City” (that’s Huntspatch, Alabama, for the uninitiated), and hit all the dirt-floor Chicken-shacks between Ardmore (Tennessee) & Huntsville… & I can tell ya’ right now, folks, no matter how great some of the acts were in those joints, none of ’em can equal what “Tennessee Jed Fisher” has put together for you here… with high-energy bluegrass pickin’ like you’ll hear on “Over The Mountain”, you may think that this is “just another country album”… you couldn’t be more wrong… to prove that to you, I’m adding in the high-quality video Jed & his folks produced for the track titled “Soul Country Pimpgrass” (I’m not sure when the samples will be posted for the songs, but as soon as I’m told they are, I’ll come back & add them in)…

…I couldn’t help laughing as I watched that blue smoke blowin’ out of Jed’s guitar… & that’s a really key point about Jed’s artistry… not only can he easily cross genres with tunes like his soulful rendition of “Shout”, but he’s got the key ingredient for GREAT music down – FUN!  As I listen to this track, I can’t help but think of one of my other favorite Americana artists, Leon Russell… of course, Jed’s got (totally, man) his own style, which he calls “Bluegrass with Bling”… he & his players & singers just NAILED it on this song!

Jed’s gritty vocal on “Can’t Get There From Here” will pull at the strings of your heart & let you know that he “feels it” just like you often do… take another swig of that JD, eh?  Seriously, he’s a powerful singer, & will hold you spellbound, folks… I wouldn’t be at all surprised if this wins some awards… in fact, I predict that it will!

The different styles Jed performs are top-of-the-line, and will shake your soul down to it’s roots, but the track that turned out to be my personal favorite is the simply-titled “Cells”… that may sound kinda’ “scientific”, but truth be told – it’s one of the most spiritual songs I’ve ever heard… a real KICKER, people!

I give Jed & his bandmates a MOST HIGHLY RECOMMENDED, as well as a (perfect) “EQ” (energy quotient) rating of 5.00 – which means he gets my “PICK” for “best cutting-edge country album”.  Get more information on Jed’s website.   Rotcod Zzaj