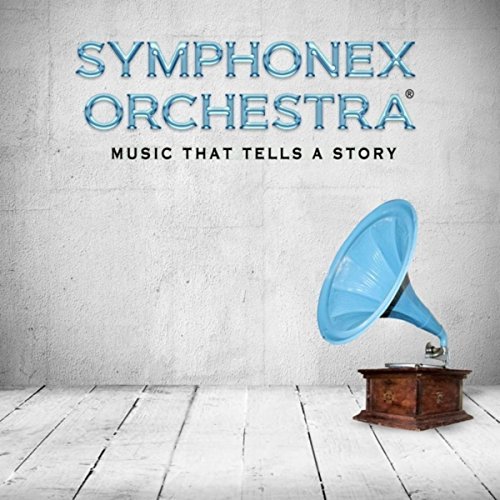 Glorious genre bending musical stories Symphonex Orchestra – MUSIC THAT TELLS A STORY: The musical genius behind this genre bending set of musical stories is guitarist/pianist Peter Xifaras, and it’s (unquestionably) the strongest blend of orchestral fusion aural adventure that I’ve heard (yet) in 2018!  Before I get too far into my narrative, though, I would like you to watch and listen to this splendid trailer video for the album…

…Peter and his guest artists (Felicia Farerre, vocals; Scott Jackson, drums/percussion; Trammell Starks, synth; Nic Xifaras, bass; The Living Pen, story; and Joan Jacobs as the narrator) use various styles of music (all the way from the 13th century to today’s modern era) to wrap your ears (and heart) in the most enchanting wonderment that can be imagined… this isn’t just “contemporary”, it is timeless!!

This is, in fact, “spoken-word” like you’ve never heard it before… as you listen to the story portion (Disc 2) of “The Encounter“, with the powerful string section behind Joan’s magical voice as she tells the tale, you will realize that Peter and his high-talent players are sort of a “Harry Potter-esque” ensemble for enlightenment through their magical music and storytelling.  I’ve little doubt that this performance will be considered for an award – and WIN it!

The piano on the 3:15 instrumental “The Letter” morphs most pleasantly in with a sound that reminds me of a Chinese Chen, and the gently swaying bells mixed in with the strings are totally captivating.

On Disc 2, the “story” portion of “Falling” is a perfect introduction to the instrumental version of the song… you’ll soon realize that what you are witnessing here is the “music of the ages“… we should pipe this into every classroom ’round the globe, to teach future generations the beauty that music and fantasy can bring to our planet.

The performance that really made me sit back and take notice, and my personal favorite of the double-CD. is the wonderful “Gymnopédie Variations-Blu“… masterful integration of percussion and strings will envelop you and transport you to beauty.

I give Peter and the Symphonex Orchestra my MOST HIGHLY RECOMMENDED, with an “EQ” (energy quotient) rating of 4.99 for this well-crafted and flawlessly recorded aural adventure.  Get more information on the Symphonex website.         Rotcod Zzaj