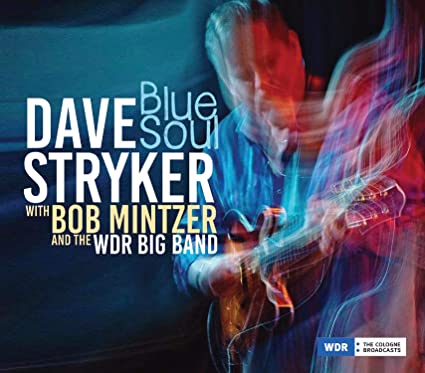 Purely positive jazz vibrations Dave Stryker Bob Mintzer WDR Big Band – BLUE SOUL:  One of the things world-renowned jazz guitarist said on his website about this album is “I figured in these times I could put some positive energy and music out into the world“… I’ll tell you right now that you won’t find such purely positive jazz vibrations anywhere else right now…here’s a great LIVE video of the group, performing “What’s Going On”, one of the songs that’s on the new release:

…you’ll find many of Dave’s albums available when you SUBSCRIBE to the Dave Stryker topic channel on YouTube… I’ve been there for a long time now.

Since the album isn’t officially releasing until June 5th, 2020, you won’t find any samples yet, but I can tell you that songs like the upbeat “Aha” make it well worth purchasing… absolutely VIBRANT jazz that will hold you spellbound… & when Dave’s elegant guitar solo kicks in at the 2:49 mark, you’ll be totally blown away!

If you’re thirsting for jazz that’s full-bodied and totally accessible, you’re going to fall in love with the 6:07 “Shadowboxing” immediately; the energy is palpable… I believe this tune will be getting some MAJOR airplay on jazz stations around the globe.

There was no question in my mind what my personal favorite of the nine solid songs Dave, Bob and the WDR big band offer up for your aural pleasure… their performance on “What’s Going On” digs down deep into the roots of soulful expression, and will gift you with hope for a brighter future!

This is the best album I’ve ever heard Dave release (and that’s saying something, ‘coz I’ve reviewed a LOT of his work – most recently, his Eight Track III album); I give Dave, Bob and the WDR big band a MOST HIGHLY RECOMMENDED rating, with a (perfect) “EQ” (energy quotient) score of 5.00… which means that the release also gets a “PICK” from me for “most positive jazz album in 2020”.  Get more information about Dave at his Dave Stryker website.        Rotcod Zzaj