Welcome Back. In this segment I will be covering the two basic ways to get a gig performing music, however, due to the complex and comparative nature of the topic I will be presenting this information as a list. The intention is not to suggest one way or another but merely to break down the two different approaches.

I would also like to add that the two concepts are very intertwined and for all purposes have been boiled down. Meaning; Being a side man can lead to you be a band leader and vice versa.

A band leader is just that. This is the person that is the face of the project. Like a CEO of a company, if anything goes wrong the band leader is to blame and has to fix it. As a band leader you are also responsible for choosing/creating the repertoire. Just remember this golden rule, if it’s not an original song you better have a great arrangement.

Usually a guitar player/singer or a horn player. Hopefully not all three!

How to acquire gigs:

The way to acquire performance opportunities as a band leader can happen on multiple levels. At the highest point you have a manager/booking agent taking care of the logistics. At the lowest  level or if you’re a masochist, I mean a people person that loves working long hours, you’re doing it on your own. This means that you are sending out your self made press kit  to clubs, festivals, calling or being called by friends to cover house parties and etc. Essentially; taking and creating every opportunity you can, when you’re starting out.**

** Performing somewhere in public IS exposure. Just because an event is well attended does not meant the venue/producers should not compensate you for your time. In fact, it means the opposite. Remember, TIME IS MONEY!!!

As a side-man you are playing support. Your job is to “enhance” the band’s, but more specifically, leader’s performance. Most often than not, side-men are mercenaries. They perform in multiple bands as well as teach or do whatever else is necessary to survive.

** Ideally, most often it’s a matter of if you have enough technique to cover a pre-existing part and enough social grace to not piss everyone off.

How to acquire gigs:

Usually as a side-man you wait until you get a call from a friend/manager/agent or whatever. In these scenarios the only things that really matter are competency and humility. After all, you aren’t the one who’s name is on the marquee. Your only choice is to be REALLY good or REALLY cool. Unfortunately, most often than not the cool competent type gets the gig over the eccentric genius. Go figure?

So now that you’ve seen how, you’ve gotten the gigs. How do you keep them? Well stay tuned for Part 3. “How to Gel  NOT alienate yourself; behaving appropriately with in a musical community (Keeping Gigs). ” 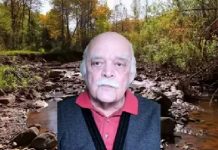 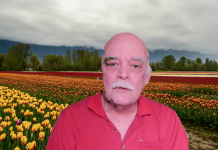 Exciting accomplishments and new musical adventures ahead for Faith Angelina –...