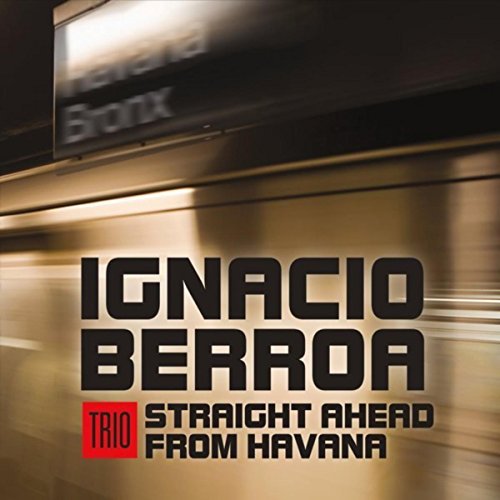 Ignacio Berroa wonderful latin jazz havana Ignacio Berroa – STRAIGHT AHEAD FROM HAVANA:  Be sure the VOLUME is UP when you listen to this stellar ten-song jazz adventure from drummer Ignacio Berroa!  When you hear his band’s rendition of “Alma Con Alma“, you’ll know why I say that… it’s just raw energy from the first note, right through the entire 7:14 length!  Ignacio believes (quite strongly) that music and players are able to flexibly exchange the elements of different cultures through the music, and he’s totally correct, of course.  Scope out “Drume Negrita“, and you’ll easily recognize that the players he has with him (Martin Bejerano on piano, Josh Allen on upright bass and Lowell Ringel doing upright bass on tracks 6 and 10, as well as several guest artists) totally understand how they make the Cuban songs they are playing come across with all the verve and pizazz you would hear in a jazz concert anywhere in the world… both powerful and wonderful jazz!

Ignacio played with Dizzy (and many other jazz “names”), and surely came out of those experiences with the skills and energy needed to make great music… from the liner notes, I believe this is his fourth album as a leader, and that truly shows as you listen to the smokin’ lines on the closer, “Me Recordaras“… his drums absolutely roil  & boil, and every other band member gets a chance to shine on this song… I just fell in love with Martin’s piano style on this one, too!

It was easy to pick my personal favorite on this fine album… “Si Me Pudieras Querer” traverses the terrain of several deep emotions, and does it flawlessly and with some of the highest energy levels I’ve heard (yet) in 2017.  I give Ignacio and his players a MOST HIGHLY RECOMMENDED, with an “EQ” (energy quotient) rating of 4.98 for this superb release.  Get more information at Ignacio’s website.         Rotcod Zzaj