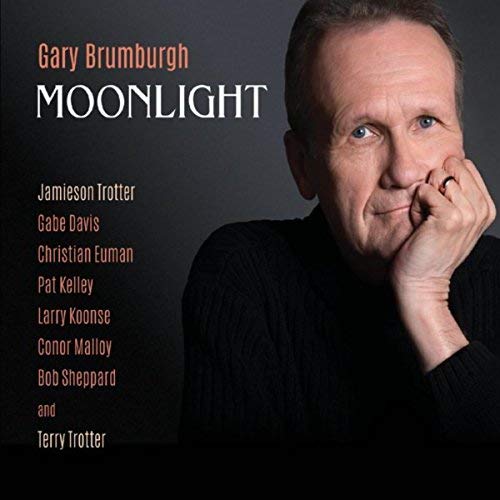 Genuine groove jazz vocals Gary Brumburgh – MOONLIGHT:  I wouldn’t be surprised if Buffalo native Gary grooved on some of the same cats I did when I was growing up… we’re “sort of” from the same neck of the woods, as I grew up in Erie, Pennsylvania… as you listen to Gary’s suave vocal on the title track, “Moonlight“, you’ll know that he joined the hip in a much bigger way than I did, though… undoubtedly some of the coolest jazz vocal work I’ve heard (yet) in 2018!  Since visuals say so much more than words, be sure you scope out his live performance skills as well…

…he has many more videos from this album on his YouTube channel, so be sure and SUBSCRIBE while you’re there!

Gary has overcome some significant physical problems as well (neck and tonsil cancer), and he’s back since it’s remission in high style, especially on bluesy riffs like you’ll hear on “Eggplant”… he can really tell the story, and you’ll find yourself listening (as did I) over & over again to this one… EXCELLENT flute solo work, too.

When a singer can take an old standard pop song & turn it into the hippest of the hip jazz, as Gary does on the opener, the 4:32 “Day Tripper“, he’s an “instant hit” in my humble jazz abode; this is definitely my personal favorite of the eleven tunes offered up for your aural jazz enjoyment.

Gary and his high-talent players get a MOST HIGHLY RECOMMENDED from me, with an “EQ” (energy quotient) rating of 4.99 for this excellent jazz vocal album.  Get more information on Gary’s website.           Rotcod Zzaj