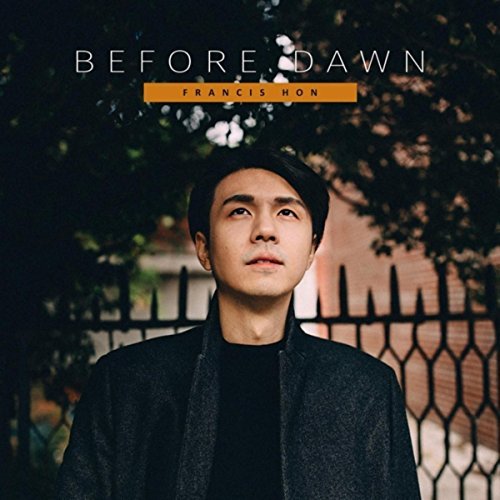 Originally from Taipei, Taiwan, Francis moved to the U.S. in 2011, and used his well-honed piano chops (he started playing classical piano at the age of six) at the University of Texas at Austin to explore ever-expanding musical vibrancy… as you listen to his strident style on the 5:58 “Momentarily” (samples aren’t active yet, but when they go live, you’ll be able to access them), you’ll hear the fruits of his studies in jazz… this is certainly one of the most fresh jazz originals I’ve heard (yet) in 2018… the recording quality is excellent, and the players are all at the top of their game, to be sure.

…very nicely produced, as is the album itself.  In fact, that’s one of the things that really stands out on this release… each & every note is crisp and clear, and full of the vibrant life that jazz demands.  While you’re on Francis’s YouTube page, be sure and subscribe to his channel.

The “proof is in the pudding”, as they say, and as you listen to Francis perform on “Morning Star“, another original composition, you will realize that he has clearly achieved his goal of melding his classical background with some of the most pertinent jazz on the scene today.  I believe you will be hearing much more from this young player, so keep your ears on him.

From a jazz perspective, though, it’s another of Francis’s original compositions that won my vote for personal favorite of the seven tunes offered up for your aural enjoyment… the 8:06 “Blue Moon” highlights each of the instruments fully, and each of the players offer you their total energy and talent… you’ll be hitting “replay” often for this great tune!

I give Francis and his musical cohorts a MOST HIGHLY RECOMMENDED, with an “EQ” (energy quotient) rating of 4.99.  Get more information about Francis and the album at the Francis Hon website.         Rotcod Zzaj