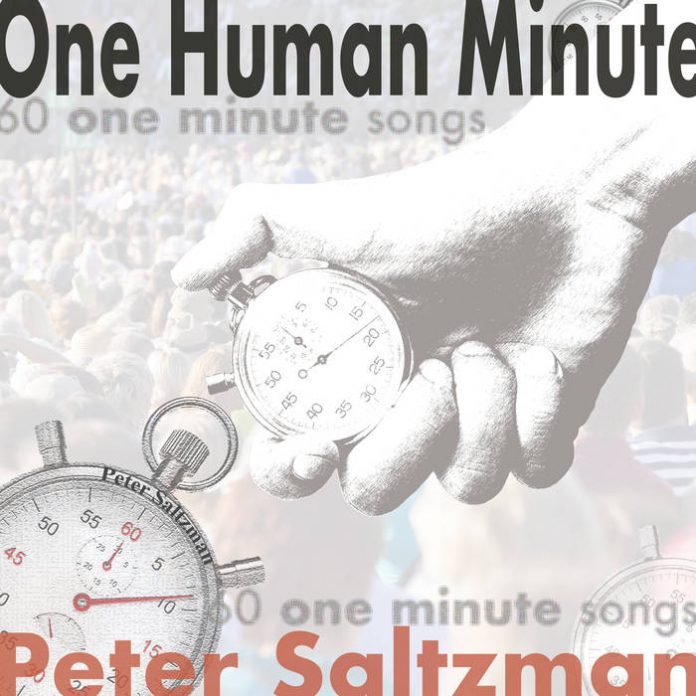 Eclectic energized original music Peter Saltzman – ONE HUMAN MINUTE:  Before I start “winging” opinions about the eclectic and highly energized music that Peter is creating for you on his new release, I would (most STRONGLY) suggest that you view this short clip of a song he realized on his “Blues, Preludes and Feuds” album… it will give you a clear view of a true creative at work…

…the real “key” to Peter’s artistry is that it’s “all his”… very, VERY unique, and full of constant surprises… since you’re already on his channel, don’t forget to SUBSCRIBE to Peter’s YouTube.

On his new album, he is creating a total of 60 one-minute songs, and I’m already anticipating the next fifteen… I haven’t heard music this full of REAL originality in many years… just listen to one of the most entertaining on the first section of this release… “Summer On The Web” will stir memories of your own web-ventures – in only ONE MINUTE, believe it or not, lol!

Peter wrings some wailing/rocking emotions from the fantastic “Leaves Stain The Pavement“… I’ll be listening to this one over & over & over – & so will you, I can guarantee it!

Lyrically, Peter is showing himself to be a genius musical craftsman on songs like “Clean Shaven“… and the recordings are flawless… I totally dug this song, folks!

My personal favorite of the current fifteen tunes is the closer for the current set, “High Wire Act“… I’m hearing diverse influences in this piece (all the way from Frank Zappa to Thomas Dolby), but Peter’s energy and genius is all his own!

I give Peter a MOST HIGHLY RECOMMENDED, with an “EQ” (energy quotient) rating of 4.99 for this absolutely stunning aural adventure.  Get more information on Peter’s Bandcamp site for the album.  I expect I’ll be reviewing the completed 60-song CD when it’s ready in Spring 2019, too, so be on the lookout for that as well.   Rotcod Zzaj