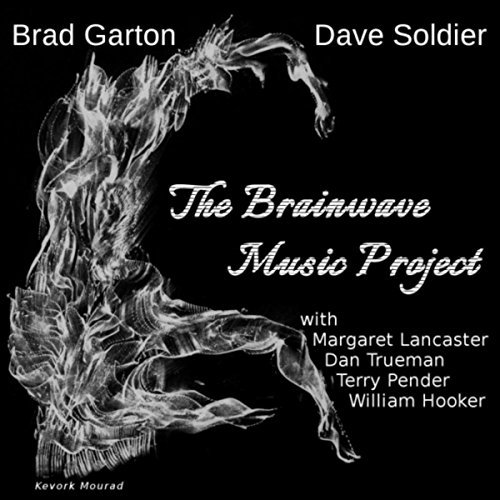 Brad Barton & Dave Soldier exciting brainwave experimental music Brad Barton & Dave Soldier – THE BRAINWAVE MUSIC PROJECT:  I’ve heard and played a lot of “experimental” music (yes, I used to play keyboards & synth, but that’s another story), but have never witnessed music that uses the players’ own brainwaves, in conjunction with a piece of software, to generate the music… on tunes like “Serotonin“, you’ll “hear” what their noggins are producing – it’s quite amazing, I’ll tell you… it certainly can’t be classified as “jazz”, at least not of the “old school” variety… but there’s no doubt that it’s “new”, and (for an old improvisor like me) totally exciting!

One of the most accessible pieces on the fourteen-song album features William Hooker leading off “Initiates” on his trap drums, and the other players quickly join in this most appealing fray… tasty, indeed!

The album features musician/neuroscientist (Dave Soldier); composer/computer-musician (Brad Garton); hardanger fiddle (Dan Trueman); solo flute (Margaret Lancaster); mandolin (Terry Pender); and trap drums (William Hooker)… it’s the closer, “The Wild“, that easily got my vote for personal favorite of the fourteen… one reason, I suppose, is because it’s the longest track on the album… which means there are broad stretches for each of the players to express themselves via their brainwaves… the mixing on this cut is fantastic, and weaves several different rhythms in/out/through the entire piece… a side note of great interest to this listener is that the software they have created will soon be freely available to all who want it… I have NO doubt that my friend Harlan Mark Vale will be among the first to sign up for that free download.  This is NOT an album for traditionalists, but it’s chock-full of aural adventure, and gets a MOST HIGHLY RECOMMENDED from me, as well as an “EQ” (energy quotient) rating of 4.99.  Get more information on Dave’s website as it gets closer to the release date (January, 2018)     Rotcod Zzaj