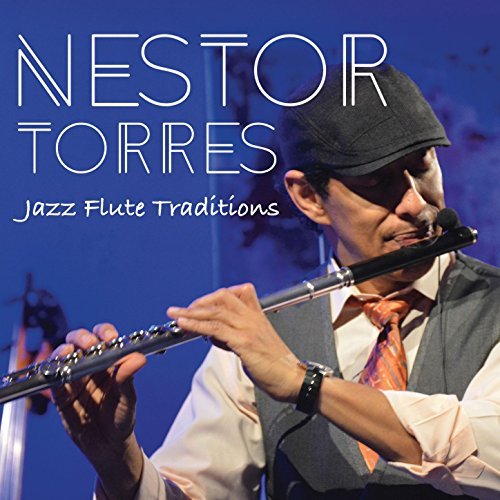 Nestor Torres ultimate cool flute jazz Nestor Torres – JAZZ FLUTE TRADITIONS:  Some of the younger jazz fans today may not realize that the flute wasn’t always a “traditional” instrument in jazz… but I can tell you that as I was growing up in the ’50s & ’60s, when players like Henry Mancini & Herbie Mann brought it on the scene, we were all blown away… and Nestor does total justice to Herbie’s “Memphis Underground“… it doesn’t hurt, of course, that he’s got a stellar cast of players… Silvano Monasterios-piano, Jamie Ousley-bass, Michael Piolet-drums, Jose Gregorio Hernandez-percussion, Miguel Russell-percussion, Ian Munoz-alto sax, Marcus Grant-drums; but anyway you listen to it, their 6:51 rendition of the wonderful jazz piece will take you to the moon & back!

“The Golden Flute” is in a slightly different zone & will remind those who grew up during that era, or have had the occasion to listen to him, of the wonderful Yusef Lateef, one of my jazz heroes back in the day… in fact, it is a Lateef tune from his album of the same name; simple, yet it penetrates your soul.

I’m not sure who penned the closer, “Miami Beach Rhumba” (I suspect it may have been Xavier Cugat), but it is most definitely my personal favorite of the eleven songs Nestor plays on this lively album… if you’re not up & dancing ’round your living room after the first few measures, you’re not the jazz fan you claim to be.  I give Nestor and his musical pals a MOST HIGHLY RECOMMENDED, with an “EQ” (energy quotient) rating of 4.98 for this fantastic jazz flute journey.  Get more information on the Alfi Records page for this album (it’s not populated yet; the album will be released officially on 15 September, 2017).       Rotcod Zzaj