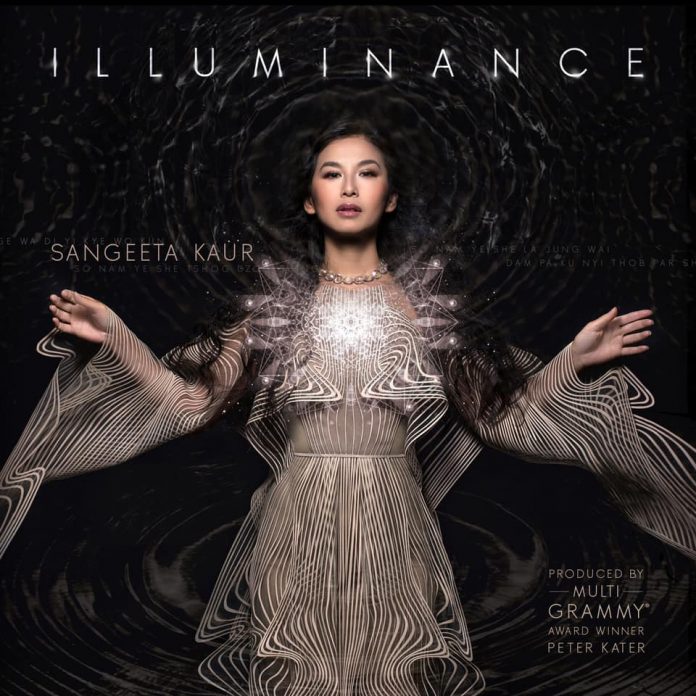 World music giants perform marvelous mantras Sangeeta Kaur – ILLUMINANCE:  My last review of Sangeeta’s beautiful music was for her “Compassion” album, and it got very high marks (in fact it got a “PICK” from me)… she worked with another artist we review often, Peter Kater, to produce the album, and it truly shows what happens when world music giants perform marvelous mantras with new world energy!  There aren’t live videos of the new album posted yet, but I (most STRONGLY) advise you to watch Sangeeta’s performance on an earlier album to get a sense of the sonic beauty she’s able to create…

…be sure to SUBSCRIBE to Sangeeta’s YouTube channel, so you can see all of her magical performances.

In addition to Sangeeta’s ethereal vocal magic, you will also enjoy listening to her players… bass player Mark Gorman, percussionist MB Gordy, guitarist Dat Nguyen percussionist Christian Teele and of course Peter Kater, as well as cellist Tina Guo… here’s a wonderful shot of Sangeeta and Peter performing together for the recording… 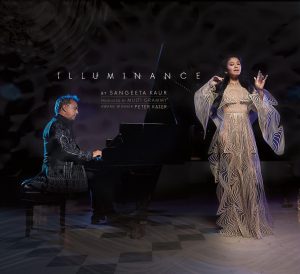 You won’t find samples until the official release date of 28 August, 2020, but I can tell you right now that you will find songs like the wonderful “Path of Light” among your most inspiring musical experiences of the year… the weave of supporting keyboards, vocals and strings is simply amazing… DJ’s of all stripes around the globe will be playing this endlessly!

The piano introduction for “Stardust” segues ever-so-gently into a performance that will allow you to envision the vast wonderment of our galaxy – without even closing your eyes… I (very STRONGLY) recommend that you listen to this, as well as all the other performances, with your headphones on, so you can catch every little nuance as you travel with Sangeeta to the “outer edges” of love and life.

It only took me two spins of the album to realize that (as often happens), it was the title track that capture my vote for personal favorite of the nine offered up… “Illuminance” manages to convey both sadness and joy for the listener… what emerges is a sense of hope that we all so desperately need in these troubled times… Sangeeta’s vocal helps the tune to literally SOAR!