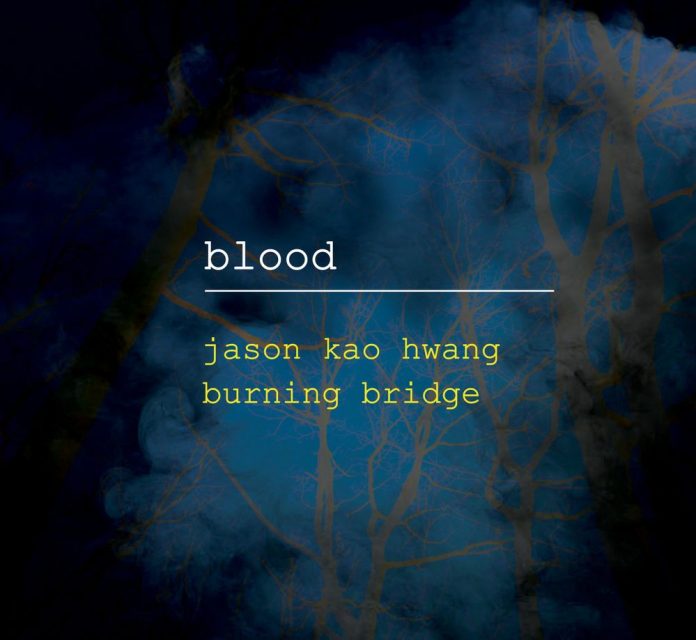 Uncompromising jazz improvisation Jason Kao Hwang – BLOOD:  Jason’s improvisations with his Burning Bridge ensemble are nothing to be “trifled with”… he’s posted an excellent trailer (as part of the fundraiser for the album), which I most highly recommend you watch…

Since the CD doesn’t officially release until 22 October, 2018, the samples aren’t up yet (I’ll come back and add them in as soon as I’m told they are live)… you’ll have to take my word, then, that performances like the highly-charged “Evolution” are among the very best improvised/scored jazz pieces I’ve heard (yet) in 2018… very accessible, as well (which sometimes isn’t the case with this type of music)… you DO need to listen to this with your headphones on, though, so you can catch every little burning nuance of the action between the players!

What’s always most striking about Jason’s work, whether solo or in ensemble, is the originality… he ALWAYS provides a listening experience that’s different – and WONDERFUL, as on my personal favorite of the five (long) songs offered up… it’s the closer, “Declarations”, that got my vote for personal favorite… not just because it clocks in at 9:38, either… more-so because of the intricate layers of conversation between each of the instruments… this song certainly merits an award in the “improvised jazz” category.

I give Jason and his ensemble a MOST HIGHLY RECOMMENDED, with an “EQ” (energy quotient) rating of 4.99 for this diverse and challenging album.  Get more information on Jason’s page for Burning Bridge.         Rotcod Zzaj