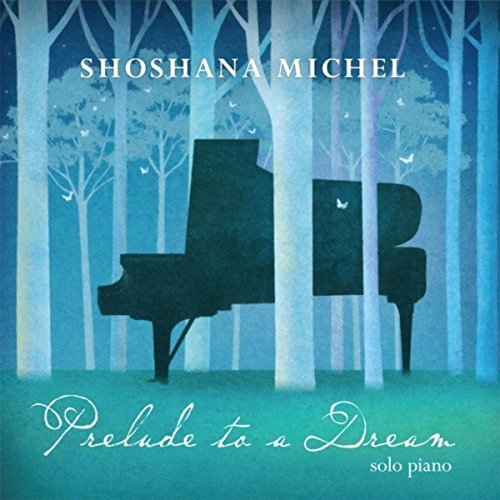 Shoshana Michel rich original solo piano Shoshana Michel – PRELUDE TO A DREAM:  Shoshana’s beautiful original compositions will reach right down deep into your soul and give you visions of the world as a better place.  Just listen to the delicate overtones she achieves on the 4:26 “Butterfly Kisses“… you may not have ever witnessed those butterflies before, but as you listen to this tune, you will see them clearly in their acts of intimacy.

Though the video below is from 2017, it is not a song from this new album, but still very much worth watching as Shoshana coaxes such brightly magical tones from that piano… truly wish I could have been there…

One other thing that’s most notable about her performance on “Prelude To A Dream” is the variety of styles she selected to play for the album… for me, “Meditation” wasn’t “just another meditation piece”, it was much like a prayer for the world we live in right now… healing music that we need to expose our children to at the earliest possible age.

Shoshana’s background is very interesting, too… she’s played music in styles you might not imagine as you listen to this album… she got her start playing honky-tonk/ragtime in pizza parlors, and moved on through stage productions and accompaniment for musicals, but found a real attraction for New Age solo piano many years ago, then began writing her own compositions.  This release is her third in the New Age category, and I’ve no doubt it will be strongly considered for awards; that’s especially true on songs like my personal favorite of the eleven original compositions she offers up for your aural pleasure on “Prelude To A Dream”… though the title is the ultimate in simple, “A Walk in the Rain” will transport you back to memories of your  own strolls, as it did for me… this piece is the best solo piano piece I’ve listened to (yet) in 2017!  I give Shoshana a MOST HIGHLY RECOMMENDED, with an “EQ” (energy quotient) rating of 4.99.  You can learn more about this engaging pianist on Shoshana’s bio page.            Rotcod Zzaj