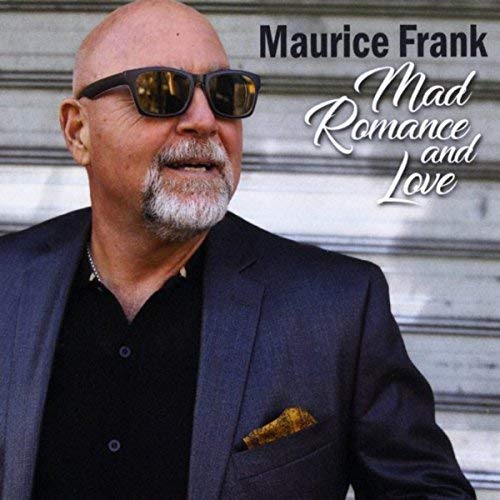 Sensitive jazz vocal debut Maurice Frank – MAD ROMANCE AND LOVE:  Maurice lets all his NYC “hip” flow on this laid-back & mellow jazz vocal debut… as you listen to tunes like “Yellow Days“, you’ll know that Maurice (aka “Moe”) is one of those jazz vocalists who “dig” where it’s really at when it comes to singing from the soul… even though I’m not the biggest of fans when it comes to male vocalists, I find myself listening to this one over & over again.

It certainly doesn’t hurt that Moe has some top-flight players backing his vocals up… he’s joined by John DiMartino-piano, arrangements, Eric Alexander-tenor sax, Aaron Heick-soprano sac, clarinet, alto flute, Paul Meyers-guitar, Luques Curtis-bass, Obed Calvaire-drums and Samuel Torres-percussion… to really catch their vibe, scope out the fantastic opener, the 4:40 “Dream Dancing“… Paul’s guitar on this one is simply superb, and Maurice’s elegant pacing on the tune makes it a definite keeper!  One thing I would like to see on the next release is a live performance video on YouTube…

I actually grew up in an era when guys like Nat King Cole, Frank Sinatra, Dean Martin & lots of other hep cats were at the top of the charts, so when I say that Maurice sings with the same gusto they provided, you’ll know he’s truly top-of-the-line… nowhere is that evidenced more strongly than on my personal favorite of the dozen ultra-hip tunes that on the 5:21 closer, “On The Street Where You Live“… each of the players does a superb job of enhancing and adding to the whole cool jazz vibe that Maurice captures on this song.

I give Maurice a MOST HIGHLY RECOMMENDED, with an “EQ” (energy quotient) rating of 4.97 for this sensitive jazz vocal CD.  Get more information at the Maurice Frank website.          Rotcod Zzaj

Harmonically subtle progressive jazz The Odd Dogs – Beneath The Surface