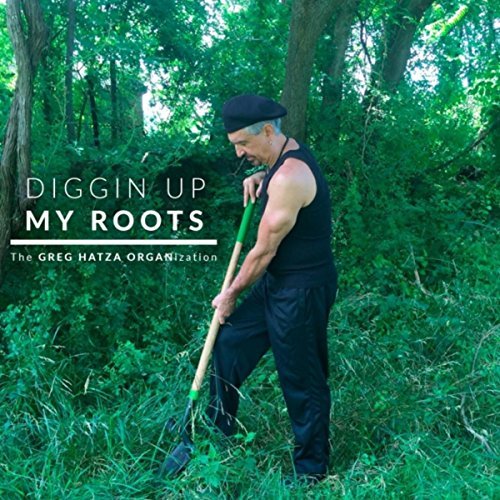 The Greg Hatza ORGANization – DIGGIN’ UP MY ROOTS:  Wow!  Talk about “roots”; Greg & I have at least a few things in common… I grew up in Pennsylvania (where he’s from, Reading to be specific), I was self-taught on organ/keyboards, & I had a real passion for playin’ those good ol’ down & dirty boogie & blooz… the commonalities stop right there, though…. as you’ll hear when you listen to his rendition of “High Heel Sneakers“, he’s got that funky thang DOW-un (far better than I ever managed to) on those organ keys!  He’s joined by Robert Shahid doing drums, Brian Kooken on guitar & Peter Fraize on sax, & these cats know how to cook up a mess of “roots” – very reminiscent of those “Jimmys” (Smith & McGriff) & those big jazz & blues organ players that I cut my teeth on, but Greg definitely has his own home-grown style on those keys!

Greg also does some mighty fine vocal work, as you’ll hear on “Headin On Down South“… if that ain’t the most kick-azz blues you’ve ever witnessed, I don’t know what is!  If you’re lookin’ for somethin’ that JUMPZ right out at ya’, & won’t let go, you’re gonna’ love Greg’s version of “Night Train“… & Peter’s sax just SMOKES on this tune.  He’s based out of Baltimore & D.C. now, so I’m sure you can catch his act if you’re in that neighborhood… in fact, here’s a clip of the group live in Baltimore:

It wasn’t hard to fall in love with all eleven of the tracks, but the one that got my vote for personal favorite is “Back At The Chicken Shack”… definitely “down home” style, & brings back many memories for me, most of ’em on dirt floors where the whiskey flowed all night (thank Gourd, I don’t do that no mo’… ha! ha!).  If what you’re after is music that COOKS, this is MOST HIGHLY RECOMMENDED, and gets an “EQ” (energy quotient) rating of 4.99!  You can learn more about Greg & his players on Greg’s page for this album.           Rotcod Zzaj