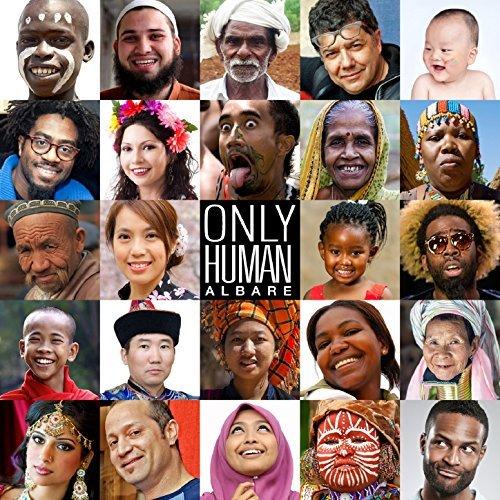 Albare – ONLY HUMAN:  This fantastic and highly-talented jazz guitarist has gotten nothing but high marks from me ever since I started reviewing him (most recently in issue # 136), and if anything, he’s gotten better on this May 2015 release.  His sweet guitar is joined by Axel Tosca Laugart on piano, Yunior Terry on bass and Pablo Bencid on drums, and as you listen to tunes like the groove-filled & swirling “Lonely Planet“, it will be easy for you to hear why I like his music so much… every player gets a chance to swing out, and the rhythmic twists & turns are unbelievable on this one.

The down & funky “Funkchue” will have you up & shakin’ yer’ hips in only seconds (it surely had me doin’ that, lol).  Albare, who is well-travelled, says that his album is “a musical celebration of the common ground that makes us human”, and his music on this gloriously free album is the proof that he knows whereof he speaks… just scope out my personal favorite track of the ten offered up, the 6:15 closer, “How Two Live“… Albare’s silky-smooth guitar is complimented by energy from the other players that will make this tune stay in your head for days & months (if not years) to come – the keyboard on this one, though not at the forefront, is some of the strongest piano work I’ve heard (yet) in 2016!  I give Albare and his musical cohorts a MOST HIGHLY RECOMMENDED, with an “EQ” (energy quotient) rating of 4.99.  You can get more information about this fantastic player & his projects at Albare’s website!       Rotcod Zzaj