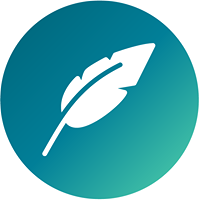 Rebel, Right Now – A FEW THOUGHTS FOR WORDPRESS THEME AND PLUGIN DEVELOPERS:  I’m not a developer, just a user… but, I’ve used many of the themes and plugins that the wizards in the WordPress development community have spent hours/days/months/years putting together to improve my editing/blogging experience… and your efforts are to be LAUDED, no doubt… were it not for your abilities and devotion to the (old) WordPress community, WordPress could have NEVER achieved the heights it has reached as a Content Management System (CMS).

But, NOW, the (so-called) “community” at WordPress has seemingly abandoned you, and therefore US, in favor of a change to the core software that will render many of your ingenious themes and plugins – WORTHLESS… despite many of YOU telling them that we do NOT want their cheesy Gutenberg editor… they spout platitude after platitude that (basically) says – TUFF LUCK, kiddos… we are going to “dumb down” the WordPress platform to some kind of “Wix” or “Weebly” – whether you like it or NOT!

SO – what will you do?  Toss away all those development hours and BST (blood, sweat & tears) you devoted to your theme or plugin, just because Matt Mullenweg and his minions need to satisfy stockholders?

Absolutely NOT…  there is an ALTERNATIVE… it’s called CLASSICPRESS, and I’ve already installed it on one test site (not to mention one PRODUCTION site)… everything works, and works well… the only way (that I can see) to truly get the message across to the tyrants at WordPress is to REBEL – right NOW!

Here’s what I recommend… PULL your plugin from the WordPress repository… TELL them you will no longer support WordPress… sign up for the CLASSICPRESS Forum, and throw everything you’ve got into making sure your theme(s) and/or plugin(s) work on the new platform!!! A side note here – EVERY plugin I had on my sites worked just fine after the conversion/rollover to Classic-press, probably because it’s still based on WordPress 4.9.8!

You’re still not sure about doing this?  I can understand that you may be worried about losing some of your subscriber base, but I’m nearly certain that by the time WP 5.0 hits the streets, many (if not ALL) of them will have realized that their sites are going to be BROKEN if they don’t switch over to a different CMS.  So, GO CLASSICPRESS  – TODAY!