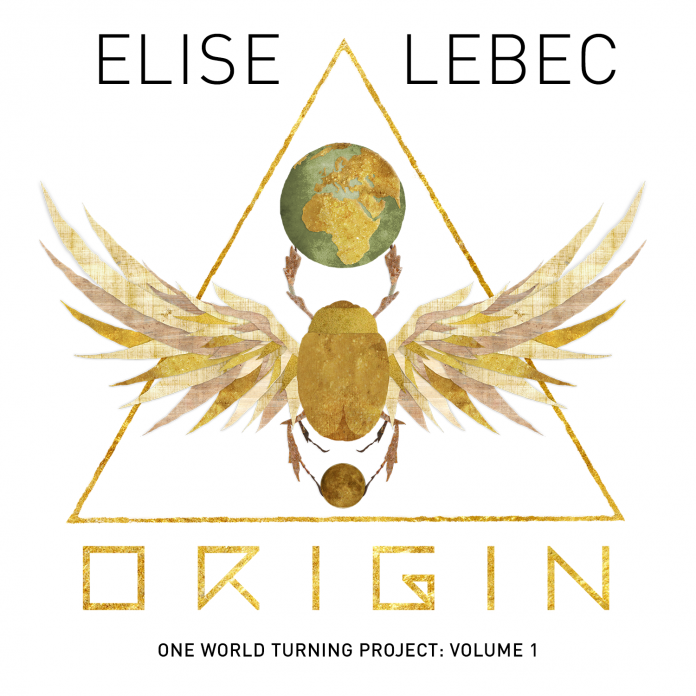 * powerful diverse world music * Elise Lebec – ORIGIN (ONE WORLD TURNING Project):  In a previous review (issue # 157), Elise got very high marks from me for her wonderful piano work, but this new release is in a totally different direction, and shows Elise’s skill and passion for the kind of world we all wish (and need) to live in… “Sufi Dance” is a wonderful blend of different cultures, with some SUPERB organ work rolling over, under, around and through rap, hip-hop beats and what could only be described as “church” music… this projects the kind of POWER seldom witnessed today… not only will you be impressed, I can almost guarantee that you’ll be ready to hit the PURCHASE button during the first few bars!  One note from the promoter is that if you go to Elise’s YOUTUBE channel, there will soon be videos posted from this album – so keep hitting it until they appear!

One of the quotes from Elise in the promo sheet really tells you what this superb musical adventure is really all about… “It’s an expression of human kindness, the intention to bring the beauty of diverse cultures together via fresh combinations of Arabic & western instruments.”  As I listen to the intricate mix of drums and strings under the vocals on “Queen of Light“, it’s totally clear that Elise’s desire to highlight that beauty has been realized with the full force and power of the universe behind her spirit and soul.

The ideas and songs for her wonderful music came to her during a recent vacation in Egypt, and as the project came together, she made sure that the instruments and musicians of the Egyptian culture were woven right into the fabric of each of the nine tunes offered up for your enlightenment and betterment… the most shining example of how well she achieved her goal to “bring divergent peoples together” is the soul-penetrating “Rumi Song“… the short intro leads right into a vocal that grabs your heart, and then transitions to an undercurrent of sonic washes and vocal styles that reveal her total understanding of how to move listeners ever-closer to that “new world” we all desire, where only “the hearts of the people” count… an absolutely stunning piece of music that you will never forget once you’ve experienced it (my recommendation is that you do it with your headphones on, of course).  I give Elise and her musical collaborators a MOST HIGHLY RECOMMENDED, with a perfect “EQ” (energy quotient) rating of 5.00… which means that the album gets a “PICK” for “most powerful and diverse album”.  (I truly won’t be surprised if this gets nominated for several awards).  Get more information about Elise and her multiple music projects on Elise’s artist page.          Rotcod Zzaj

Dlaivison exciting new universal music Dlaivison – The Sign Of Us