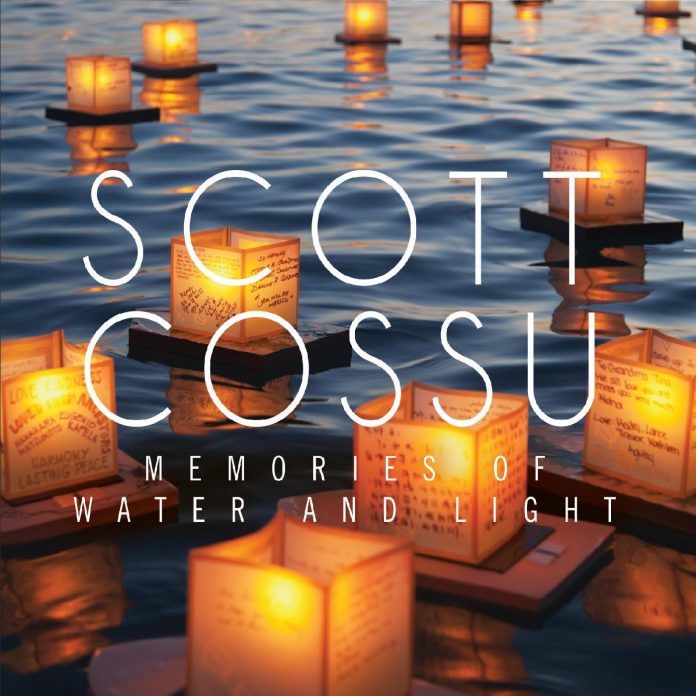 Peaceful heartfelt musical adventure Scott Cossu – MEMORIES OF WATER AND LIGHT:  There’s just no better way to close out the year than listening to this peaceful and heartfelt musical adventure featuring piano compositions from Scott, joined by Van Manakas wonderful guitar and Holly Reeves beautiful cello… to get an intimate look at Scott’s playing style, watch this trailer video for the opening song, “Wedding Lanterns“…

…there are many of his albums available if you SUBSCRIBE to Scott’s topic channel on YouTube… I did (right away).

My first review for Scott’s stunning music was in issue # 160, where he got high marks from me… this new release brings even more enchantment for your ears; you’ll be an “instant believer” as you listen to the deep emotions conveyed on “Cerulean Eyes” (samples not available yet; I’ll add them when I’m told the album has gone live in mid-to-end January, 2020)… Holly’s cello meshes perfectly with Scott’s keyboards on this tune.  I believe this song will be getting some MAJOR airplay on stations across the world!

The title track, “Memories of Water and Light“, makes the purchase of the album worth it; this piece will stay with you for days (months, years) to come…Van’s guitar makes this a most memorable sonic adventure.

“Ascending Angels” is Scott’s tribute to players he has known who have passed recently… there’s no doubt in my mind that you’ll hear their nods of approval as they listen to the magical overtones Scott achieves on his piano!

Of the ten songs offered up for our aural adventure, it was the closer, “Last Snow“, that won my vote for personal favorite… subtle touches throughout the song will reach right down inside your soul, bringing memories to the surface that help you to see the promise the future holds.

I give Scott and his players a MOST HIGHLY RECOMMENDED rating, with an “EQ” (energy quotient) score of 4.99 for this very collectible album.  Get more information about Scott on his website.                       Rotcod Zzaj