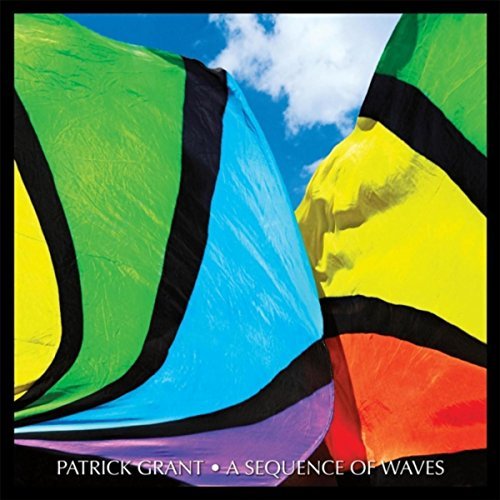 Patrick Grant progressive unique original music Patrick Grant – A SEQUENCE OF WAVES:  Labels like progressive, unique and original are abused all too often by reviewers, but in the case of Patrick’s stimulating new release, it clearly IS different, and when you listen to the 5:25 “Driving Patterns“, you’ll hear why I was so excited as soon as I popped this into the player; the best word to describe his high-energy playing on this song is “soaring”!  Though the video below is from a previous album, & so a bit dated, I thought it was a very good introduction to Patrick and his music…

What I most like about his style is that though he’s classically-trained (or maybe BECAUSE he is), he understands that today’s music must move & be moving… every composition on this grand sonic excursion is rich and densely packed with layer after layer of sonic creativity!  His arrangement of the closing track, “One Note Samba” (complete with samples from the streets of NYC, as well as Sao Paulo), is sure to wake your ears up & make you think in different directions… I totally dug this track!  It’s really Grant’s creative streak that makes his music so appealing… I’m reminded of the music of a long-time friend of mine, Amy Denio, as I listen to this superb rendition of Carlos Jobim’s song.

If I haven’t convinced you yet, I have NO doubt your mind will change when you listen to the almost cosmic shredding on Patrick’s original, “Breaking Butterflies Upon a Wheel“… my only “complaint” regarding this song is that it could be (maybe) 20 minutes longer… just kidding, that’s what the “replay” button is for, aye?  This is one of the BEST songs I have listened to in the last ten years – & that’s truly saying something, ‘coz I’ve listened to thousands!!

My personal favorite of the thirteen songs offered up is also the longest on the album, clocking in at 6:32 – first, check out the sample for the recording version, “Lonely Ride Coney Island“, and if you’re as enchanted with it as I am, you’ll also want to watch the splendid video of it below…

The “bottom line” for me is that Patrick’s music spans a whole universe, and takes your ears to vistas never seen or imagined before… I give him a MOST HIGHLY RECOMMENDED, as well as a (perfect) “EQ” (energy quotient) rating of 5.00 – which means that he also gets my “PICK” for “most creative album”!  Get more information about this fabulous musician on Patrick’s Peppergreen Media/Strange Music website.         Rotcod Zzaj