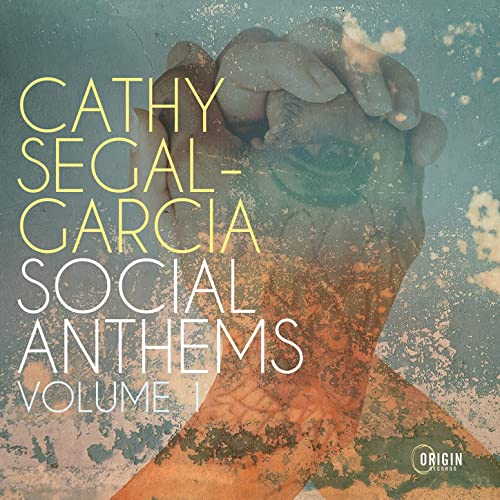 …you will find MANY other rewarding jazz vocal styles represented, too, when you SUBSCRIBE to Cathy’s YouTube channel… I did it right away.

Though the songs on the album weren’t necessarily “jazz” when they were released, Cathy and her players (guitarist Anthony Wilson, pianist Josh Nelson, bassist Edwin Livingston and drummer Lorca Hart, as well as vocalists Mon David and Paul Jost) provide the wizardry to jazz the songs up in wonderful ways… their treatment of Stephen Stills’ “For What It’s Worth” opens the album, and will (I predict) be an “instant hit” with DJ’s of all stripes ’round the world!

Josh’s arrangement of the Peter Gabriel/Thomas Newman song “Down To Earth” is among the most sensitive environmental tunes I’ve ever heard, and the piano on this tune is just killer.

I had no doubt what my choice for personal favorite would be after I listened through the album twice… the closer, Marvin Gaye’s “Save The Children“, features Mon David, and will stir you to MOVE to protect the world for our kids… the most soulful cover of Marvin’s tune I’ve ever heard!

I give Cathy and all her players a MOST HIGHLY RECOMMENDED rating, with an “EQ” (energy quotient) score of 4.99.  Get more information on Cathy’s website.          Rotcod Zzaj

Gentle airy jazz vocals Emi Takada – Why Did I Choose...