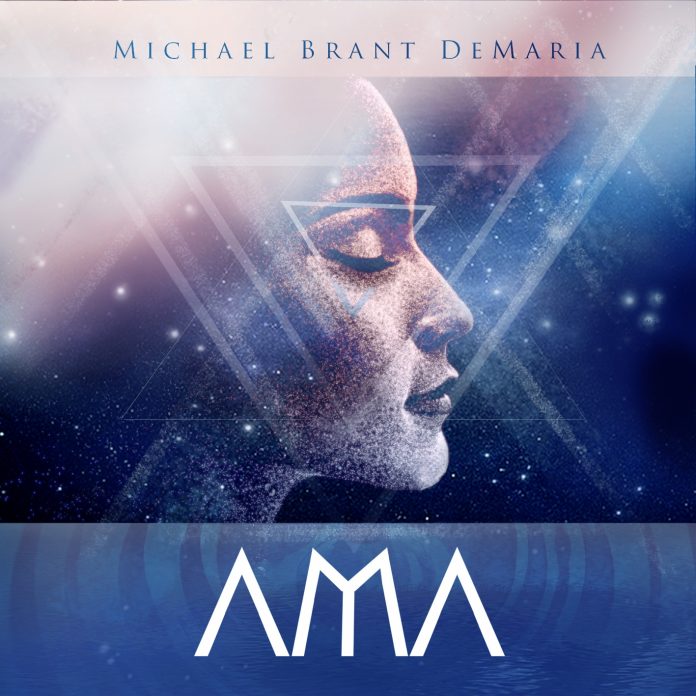 Michael Brant DeMaria wonderfully healing journeys Michael Brant DeMaria – AMA: I’ve been traveling with Doctor DeMaria for many moons now… I first reviewed his work in issue # 87 (wow, that’s a long time ago)… in fact, as a sort of introduction to his magical abilities, I’d like you to take just a moment to watch & listen to a short medley of his beautiful healing music from that album, “Siyotanka”, in the video below…

I’ve been reviewing his music ever since then, most recently in issue # 129... you can also read much more about him in an INTERVIEW I did with him for Improvijazzation Nation magazine, where he says “when we feel connected we feel more at peace“… of course, you’re probably asking yourself why it’s been so long since we reviewed him… Michael has been engaged with realizing new music from his journey with his mother during her recent passage, and the new album is packed with the full range of emotions that come from such intimate travails… Michael paints in all shades of the light… darkness and mystery are at the forefront on pieces like “Night Voyage”, and he gives you deep insights into the depths of his soul on this amazing musical voyage!

His penetrating (and enlightening) flutes achieve near-orchestral heights on compositions like “Between The Worlds”, and will give you moments where you clearly recognize that the only way to the light of birth is via the transition through death… others may interpret this song differently, but I (most firmly) believe that Michael has captured some of the brilliance of re-birth on this shimmering song.

It is the closing track, “Arrival”, that is my personal favorite of the ten journeys Michael offers up for your enlightenment… the “structure” is fluid, and gives to you the jubilant recognition that there is far more to life than the sordid darkness of “everyday politics” or the fleeting meaningless of social media (Facebook, Twitter, etc., et al…)… Michael’s efforts on this latest set of sonic journeys truly stand out from “all the others”, and certainly merit awards in many categories.  I give him a MOST HIGHLY RECOMMENDED, with a (perfect) “EQ” (energy quotient) rating of 5.00… which means, of course, that he also gets a “PICK” for “most healing music”.  The album is slated to release in early January, 2018, & I will come back and add the links when that happens… in the meantime, you can learn more about this most fascinating and creative sound healer on the Michael Brant DeMaria website.        Rotcod Zzaj