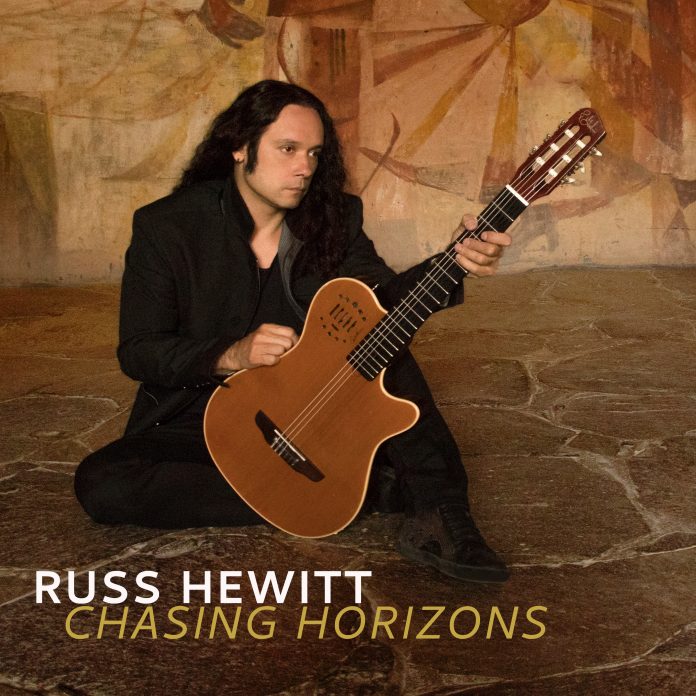 Lush rich guitar mastery Russ Hewitt – CHASING HORIZONS:  The most lovely thing about reviewing (all kinds of) music is that I often get to become “re-acquainted” with an artist (I first reviewed him for this magazine on his stunning “Cielo Nocturno” album)… you’ll see and hear the lush, rich guitar mastery that Russ provides for you on the opening track for the new album, “Allende“, in the video below…

If you enjoyed that as much as I did, you’ll want to be sure you SUBSCRIBE to his Russ Hewitt music channel on YouTube… I signed up for it right away.

The inclusion of the Bucharest All-Star Orchestra on “Amor Perdido” (Lost Love) makes for a listening experience both stunning and refreshing… I find myself listening to this song over and over (and OVER) again, and have no doubt you will, too.

If it’s lively percussion that “takes you to the limit”, on “Cubalia Cafe“, you’ll find the toe-tapping musical magic that Russ and his players create for you very much to your liking!

It was actually easy to make my choice for personal favorite of the ten tantalizing songs offered up… “Sunset Samba” will give you visions of dancing the night away under starlit skies forever and ever!

It’s great to be back in “review mode” after a somewhat “rocky summer”, and there couldn’t be a better album to do that with… Russ and his players get a MOST HIGHLY RECOMMENDED rating, with an “EQ” (energy quotient) score of 4.99 for this most enjoyable album.