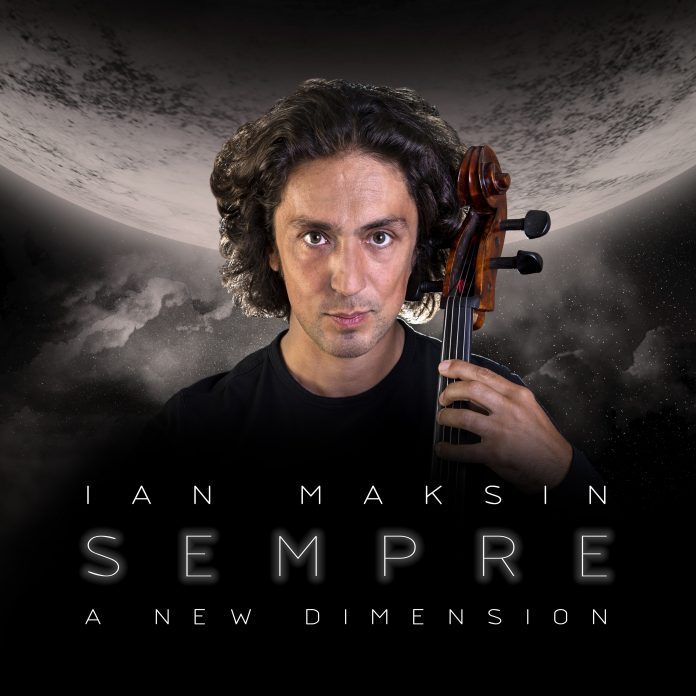 Joyous inspiring infinite new dimensions Ian Maksin – SEMPRE:  This is another “first encounter” for me… I can tell you (most sincerely) that I have never heard such beautiful cello performances… though I don’t believe it was recorded for this album, Ian’s joyous & inspiring playing on the video for “Respiro” (which is on the album) will draw you into his spell instantly…

…you will find MANY other wonderful videos of his playing when you SUBSCRIBE to the Ian Maksin YouTube channel… I most strongly recommend that you do so.

The album title, “Sempre“, opens the album… it means “always or forever” in Italian, and you will immediately understand why Ian is infinitely attracted to the sound of the cello as you listen to his soulful playing on this piece; as he says in the liner notes, it is “a new dimension of infinity“… I have no doubt that this song will be getting MASSIVE amounts of airplay on stations ’round the globe!

The percussion (provided by Andrew Mitran) on the introduction to “Sunset on the Cascade” segues ever-so-nicely into some of the most soul-stirring cello you will ever hear… if any song merits an award for excellence in composition and performance – it is this one.

A short piece (it’s only 1:58) titled “Summer Garden” demonstrates Ian’s ability to translate the imagery of joy into a sound experience that makes you feel like it’s you dancing through the flowers in this glorious garden… a simple, but wonderful, aural adventure!

The song that (immediately) made my choice for personal favorite of the nine pieces offered up is also the longest on the album… “Lacrimae Novae” (“New Tears”) digs down deep into your soul and brings emotions and feelings to the surface that you may have thought were lost forever… a truly heartfelt composition and performance.

I give Ian and Andrew a MOST HIGHLY RECOMMENDED rating, with a (perfect) “EQ” (energy quotient) score of 5.00; that means that the album also gets my “PICK” for “best cello album on 2019”.  Get more information on Ian’s website.      Rotcod Zzaj